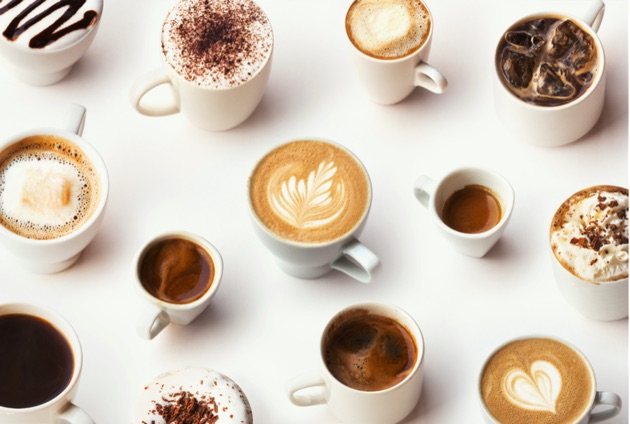 In Italy, there are people willing to walk half a mile first thing in the morning to get the very best. There are those who don’t just look at the quality of the espresso but also the thickness of the cup, because some prefer thick ceramic, which retains heat better, but others refuse to drink coffee unless it’s served in the finest porcelain. Though it’s just a few fluid ounces—because in Italy coffee is super-concentrated—this ritual contains all the culture and millenary passion of an entire country.

Italians mainly drink coffee in the morning and after meals, but it’s fine at any time of the day.

Nevertheless, there are a few basic rules to follow to avoid being considered “uncivilized”: what follows is a short glossary to understand what your options are and to avoid committing serious mistakes at the counter.

C AS IN CAPPUCCINO …

OK, here’s the rule: cappuccino after lunch is a no-no. Italians gaze in horror at those who use it as a dessert. You do not drink cappuccino after 11 a.m. Period. If you see someone with a big frothy cup at 5 in the afternoon, you can bet it’s a tourist.

…OR AS IN COUNTER…

In Italy you drink coffee at the counter: a go-cup is completely inconceivable. It’s impossible not to have enough time to down your coffee, since an espresso is three sips at most.

Each café chooses its cups. But they can vary in size: many Italians drink their caffè doppio (or barley coffee) in a large cup.

D AS IN DOUBLE

Warning! A caffè doppio—double coffee—is not a watered-down version. The barista makes two espressos and serves them in the same cup. With double the caffeine, of course. Steer clear if you have a delicate stomach.

E AS IN ESPRESSO!

If you go into a café and ask for a coffee, you’ll be served an espresso. If you had something else in mind, be sure to say so ahead of time. And good luck: you won’t necessarily get what you want.

F AS IN FLAVORINGS

God forbid anyone try to flavor Italian espresso! Spices and artificial flavorings are strictly verboten. Sugar and artificial sweeteners for those on a diet are fine, but now more and more people take their coffee straight, with nothing added.

G AS IN GLASS

Instead of a cup, those who love to magnify the visual side can ask for caffè al vetro, meaning “coffee in glass”: you’ll get a lovely little clear glass. But watch it! The glass can burn your lips.
I AS IN ICED

In the summer, at cafés—especially in the south—professionals who love vintage concepts still keep a bottle of sweetened coffee (made with a stovetop pot in this case) ready in the fridge for anyone looking for a caffè freddo. If you’re lucky enough to find it, iced coffee is delightful and there’s also the version with a drop of almond syrup stirred into it.

If you prefer a less concentrated coffee, just ask for a caffè lungo, which is an espresso with about 1/3 more water.

… OR AS IN LATTE MACCHIATO

This is the opposite of a cappuccino: a double dose of milk with just one portion of coffee, but it’s added at the end instead of the beginning. The concoction is served in a glass tumbler.

M AS IN MACCHIATO…

Caffè macchiato is the “daytime” substitute for cappuccino: those who love the milk-coffee combo drink a macchiato during the day. In other words, an espresso with a few drops of milk. If you want hot milk, you need to tell the barista macchiato caldo, while if you prefer a macchiato freddo there’s a little jug on the counter and you can pour it in yourself. There’s no need to make life difficult for the poor guy at the espresso machine: as you’ve probably gleaned from this list, he has his own set of problems to deal with.

See the macchiato entry—except this has a dusting of cocoa or ground cinnamon.