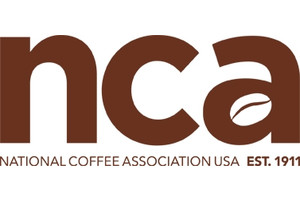 The Association has engaged Political Solutions LLC, a Sacramento-based Public Affairs firm. Bringing the added dimension of local presence and expertise, the firm expands the tools available to NCA as it deploys a comprehensive strategy to curtail the impact of Proposition 65.

“California’s Proposition 65 has created a toxic business environment for the coffee industry and other businesses, and NCA has been leading the charge to roll back its scope and impact,” said Robert F. Nelson, NCA president and CEO, in a prepared statement. “Engaging Political Solutions adds highly specialized expertise as well as eyes, ears and boots on the ground in the California state capitol to heighten the impact of NCA’s comprehensive, ongoing policy initiatives to neutralize the statute.”

Political Solutions is one of Sacramento’s top lobbying firms, with a strong track record of legislative success. The firm is built around its partners’ broad expertise in the intricacies of California’s legislative process and strong bipartisan relationships in the halls of state government. The firm also covers federal issues in Washington, DC, where California’s Congressional delegation includes former state senators and assembly members. The firm is also the only women-owned lobbying firm in the state.

Proposition 65, also known as the Safe Drinking Water and Toxic Enforcement Act of 1986, requires manufactures to warn consumers of potential toxins in foods. In 2012, two lawsuits were filed claiming restaurants serving coffee and manufacturers of coffee failed to warn patrons of the presence of acrylamide, a Proposition 65-listed substance in coffee in amounts exceeding the low “No Significant Risk Level” set by the state.

NCA Efforts NCA has been actively engaged in finding solutions to industry challenges set in motion by Proposition 65. Coffee manufacturers and retailers are currently embroiled in legal action in the state based on allegations of failure to warn of the presence of this compound created naturally in the roasting process. NCA has been providing comprehensive member support to those involved in the cases, as well as keeping the entire industry well informed.

As a public referendum, Proposition 65 can only be amended by a two-thirds vote of the California legislature or a new voter initiative. However, NCA recently jumped on a rare opening for reform when legislative proposals in the state legislature dovetailed with a call for change by the state’s governor.

NCA has been engaged full throttle with the governor’s office, legislators, the state health agency, and other trade associations to influence the outcome in a way most favorable to eliminating the law’s unintended burden on commerce. NCA is actively working with all involved parties to support genuine reform, including the drafting of legislative language to trim the statute’s impact in a viable and effective way. The engagement of Political Solutions will enhance NCA’s efforts with targeted knowledge, perspective and active daily presence daily in the state capitol.

As shared by other industries, Proposition 65’s challenges stem from the statute’s requirement of a consumer warning when a manufacturer is aware of the presence, whether naturally occurring or added, of state-determined quantities of more than 800 compounds purported by the state’s health agency to cause cancer or reproductive harm. Passed in 1986 as a voter referendum aimed at preventing contamination of the water supply, the statute has become the vehicle for rampant legal actions by plaintiffs’ attorneys when any listed chemical is detected in foods and other consumer products.