NO JOKE – Walmart Coffee Tastes As Good As Starbucks 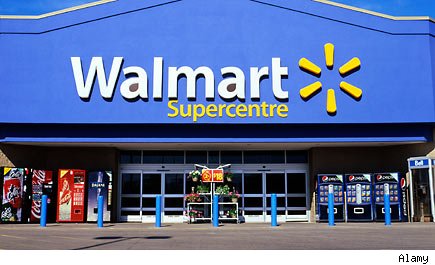 No Joke. In a new taste test, Walmart’s medium-roast Great Value 100% Colombia coffee was rated on par with the equivalent costing more than double the price bearing the Starbucks label.

And no, the taste test wasn’t organized by Walmart.

It was the taste testers at Consumer Reports drinking and comparing all the home-brewed cups of Joe available to consumers.

In the most noteworthy results of the blind taste tests, Walmart’s coffee, which costs $3.88 for an 11.3 oz. container, matched the taste produced by Starbucks. A 12 oz. bag of ground Starbucks runs $8.88 at Walmart, and typically over $9.50 at most grocery stores.

The taste tests also revealed there’s an exceptionally popular way that many coffee drinkers get even less taste for their money—via the now ubiquitous pod coffeemakers that brew single-serving K-Cups. The National Coffee Association reports that 35% of consumers who own such coffeemakers bought them in the last six months, and that (naturally) they purchased them to replace their current coffeemakers.

But considering that a measly 6 oz. K-Cup serving costs 65¢ ($1.30 for 12 oz., therefore), on average, they’re nearly as expensive as heading to the local coffee shop. Besides, grinding and brewing your own tastes better as well, as CR states:

Grinding your own is less convenient but results in a fresher cup. K-Cups are convenient and easy to store, but we judged those we tested unimpressive—more enjoyable if you take sugar and milk with your cof

Share
Facebook
Twitter
WhatsApp
Linkedin
Previous article
ICE TO ESKIMOS – Starbucks to sell coffee to Colombians and plans to open 50 cafes in Colombia, where it will sell (this is the idea) exclusively Colombian coffee
Next article
US – National Coffee Association Hires Lobbyists To Fight ‘Carcinogens In Coffee’ Legislation In California