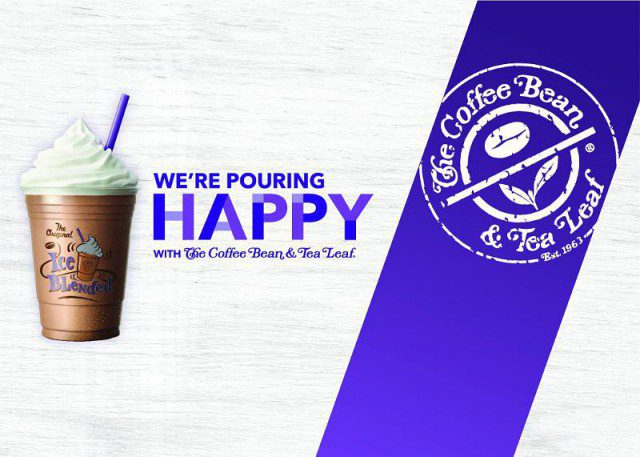 Born and brewed in Southern California since 1963, the specialty coffee and tea retailer teamed with Metrolink to take over Union Station with mystery offers for commuters, the first-ever The Coffee Bean & Tea Leaf train car and seven cheerfully-decorated platforms.

“Coffee is synonymous with commuting – especially on Monday mornings – so we thought bringing a happy surprise to 15,000 Southland commuters would be the ideal way to celebrate National Coffee Day,” said Diane Kuyoomjian, vice president of marketing at The Coffee Bean & Tea Leaf.

“As Southern California’s most beloved coffee and tea company, it was a natural fit to team up with Metrolink. We wanted to kick off the week for their riders with a warm greeting and invitation to enjoy a special promotional offer.”

Team members from The Coffee Bean & Tea Leaf were on the train platforms to greet Metrolink commuters and gift them with mystery coupon offers on the morning of Sept. 29. The mystery offers included a variety of special offers on the company’s premium coffees, teas and other items.

The celebration continued in the afternoon at participating locations of The Coffee Bean & Tea Leaf where customers received mystery offers.

The design of The Coffee Bean & Tea Leaf train car was inspired by the company’s iconic purple straw and culture of pouring happiness for its customers. Since Tuesday, Sept. 30, after its debut on National Coffee Day, the train car is travelling throughout the Southland on various lines for one year. Future initiatives with The Coffee Bean & Tea Leaf train will be announced in the coming months.

“We are very pleased to join The Coffee Bean and Tea Leaf on this fun, buzzworthy initiative,” said Michael P. DePallo, Metrolink chief executive officer. “Our trains move thousands and thousands of coffee-drinking commuters each and every day, and I think many will really appreciate that special boost as they arrive at Union Station today.”

Webinar to focus Packaging Innovation in the Food & Nutrition Sec...