The Sweetest Worlwide Hub: the new claim of Sigep 2017 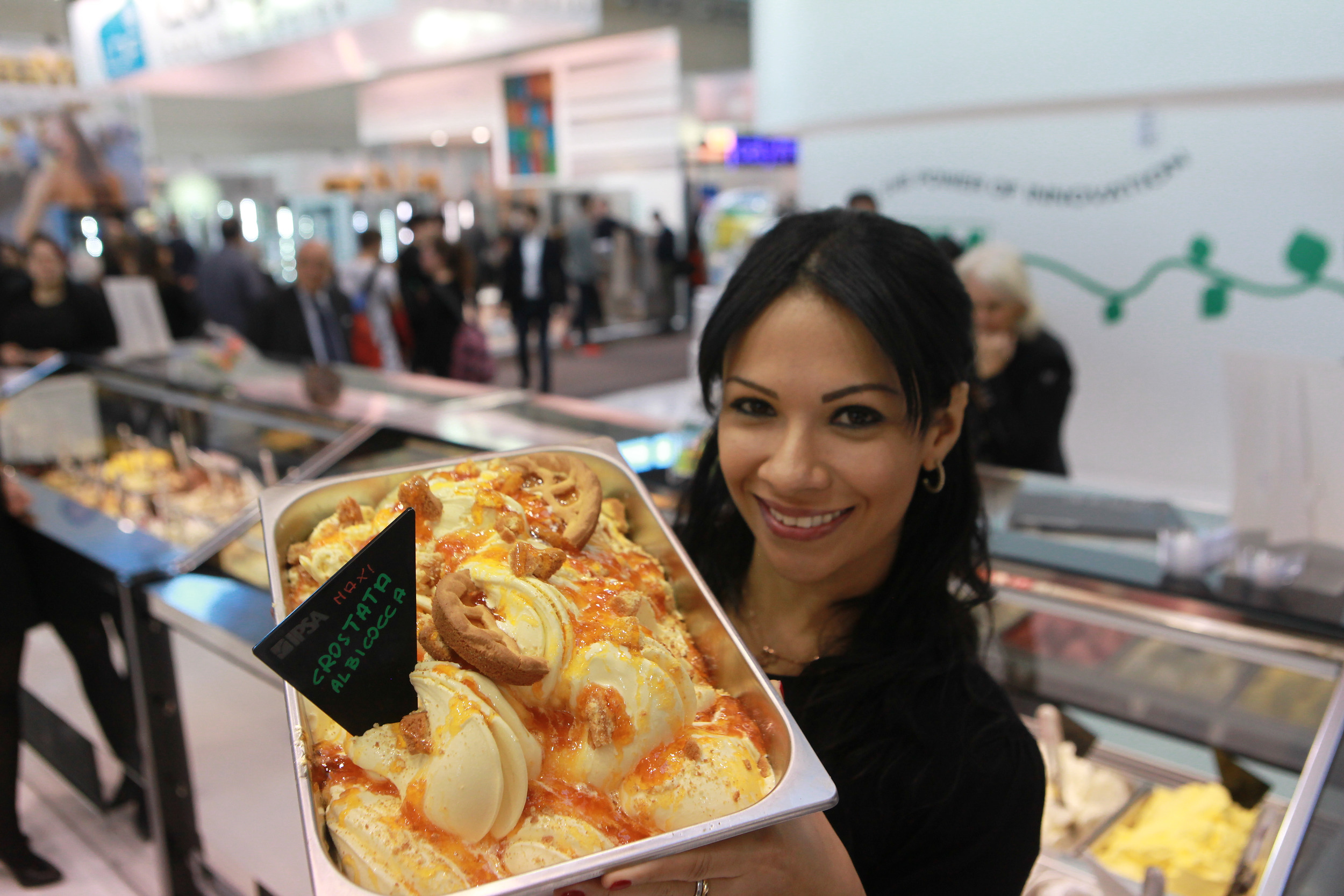 RIMINI – The traditional five days of the world exhibition of artisan confectionery will be held at Rimini Fiera from 21st to 25th January 2017. Increasingly ‘HoReCa oriented’, from the its edition SIGEP officially adds coffee to its key players, assuming the new denomination of International Exhibition dedicated to Artisan Gelato, Pastry and Bakery Production, and the Coffee Sector.

Following the exceptional success of the last edition (201,000 trade visitors, 41,000 from abroad, a total of 720 journalists and bloggers, 500 events at the expo), SIGEP continues to follow its growth process, which aims at increasing the international profile of every single activity.

SIGEP WORLDWIDE
Asia, USA and the Middle East, with a focus on Germany: these are the key targets of SIGEP 2017, which will also include the last dates in London and Berlin of the three-year program of the Gelato World Tour organized by SIGEP and Carpigiani, before the finals in Rimini in September 2017.
On the pastry front, even closer attention is being paid to the markets and demand in the Balkans, Central and South America, as well as India. This attention results in the participation of buyers, trade members and business delegations, also in collaboration with ICE, the Agency for the foreign promotion and internationalization of Italian enterprises – as part of the program for strengthening Italy’s large trade fair events, foreseen by the Italian government’s special plan for the promotion of Italian-made products – which involves 18 ICE offices worldwide.

AB TECH EXPO
In 2017, AB TECH EXPO (the biennial international exhibition of technologies and products for bakery, pastry and confectionery) will be back. The baker’s art comes together at the event dedicated to bakery, a unique expo for the variety of technology, combined with products, ingredients and venue concepts.

The key player will be the entire product chain with its semi-industrial technology, from product stockage to the preparation of recipes, from dough to processing (dividing, shaping, cutting), through to rising, baking, cooling, final cutting and packaging, obviously including all the services that follow the quality of the process. The “bakery hall” will also host an event with a world profile: the finals of Bread in the City, in which the four 2015 finalist nations and the four 2016 finalists will compete for the title.

GELATO
The spotlight’s on the German Challenge (21 and 22 January), an initiative with the patronage of Uniteis and dedicated to the Italian-made artisan gelato chain, which is going through a period of great expansion in Germany and, the country that now hosts 10% of Europe’s artisan gelato parlours. A hundred German gelato artisans will compete for eight places in the Berlin date of the Gelato World Tour in June 2017.

The initiative is connected with the process of certification of Italian gelato parlours abroad, prepared by SIGEP in collaboration with the Ministry of Agricultural Policies, the Ministry for Foreign Affairs and International Cooperation and Assocamere Estero (the Association of Italian Chambers of Commerce abroad) and, in this case, in collaboration with the Chamber of Commerce of Frankfurt.

PASTRY
In the Pastry Arena, the key event of SIGEP 2017 will be the Junior World Pastry Championship, being held on 21st and 22nd January. Ten teams have already entered (France, Japan, India, the Balkans, the Philippines, Singapore, Mexico, Poland, Russia, Italy), who will compete on the theme Planet Fantasy. The power of fantasy.
The Italian Senior and Junior pastry Championships have also been confirmed on 23rd and 24th January, as well as The Star of Sugar, international sugar art contest (21-25 January) and Coppa Italia della Pasticceria Artistica (Italian Artistic Pastry Cup, which will be dedicated to the world of cartoons.
The training area has been given a great boost, particularly that addressing the new generations. As is the tradition, SIGEP Young will bring together Italian Schools, with students and teachers who, at the next SIGEP, will be involved in courses on exhibitors’ stands and in the expo’s various sectors.

COFFEE
Expo & Show. At SIGEP, the area dedicated to the coffee production chain has reached important dimensions, combining the participation of companies with great events. La peculiarity is the starting point, i.e. the attention paid to highlighting the crops, to favour knowledge and awareness. Only SIGEP manages to propose such a complete range of contests, with all seven championships dedicated to coffee valid for the international circuit of World Coffee Events.
Following the experience in Brazil, at SIGEP 2017 the new edition will be launched of Barista & Farmer, the first talent show dedicated to the promotion of the culture of excellent coffee.

All the business ingredients of SIGEP 2017 are contained in the message of the advertising campaign created by the Gambarini & Muti agency, which represents “The sweet world connection”!
Five images introduce SIGEP 2017 and form a series of connecting lines, under the claim ‘The sweetest worldwide Hub”: curved lines encircling the expo’s major products: gelato, pastry, chocolate, coffee and bread.