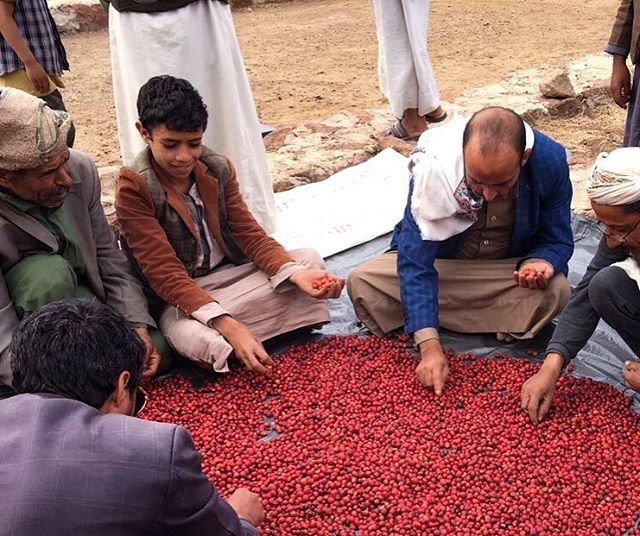 SAN FRANCISCO, U.S. – You’ve been thinking about mocha all wrong. The espresso drink with Hershey’s syrup poured into it? That’s the coffee world’s equivalent of fake news.

To really drink mocha coffee, you’ll have to pay up—we’re talking up to $240 per pound—for the hard-to-find, chocolatey beans that hail from Mokha, Yemen.

For decades, coffee insiders have complained that Yemeni coffee had dipped in quality, wasn’t traceable, and had weird quality defects. But most also knew that a good cup of Yemeni Udaini, as the varietal is called, could convert coffee haters into third-wave believers.

Now, these high-quality Yemeni beans are being imported to the United States for the first time since the advent of specialty coffee, thanks to the social enterprise-turned-coffee roaster, Port of Mokha, named for the port in Yemen from which the first coffee shipments began coming in the 1400s.

The beans are fast gaining acclaim as some of the best in the world, with industry-wide recognition that is bringing positive headlines to a war-torn nation.

“Ninety percent of the world’s coffee can be traced to Yemen,” said Mokhtar Alkhanshali, who founded the company after building a career in the non-profit sector.

“There are a few different organizations like the World Coffee Research Organization and the Coffee Quality Institute that have done studies on coffee genetics.” He says it’s where the words “mocha” and “Arabica” both found their roots.

Alkhanshali’s upbringing sent him rotating among San Francisco, Brooklyn, and his family’s small hometown of Ibb, in central Yemen. Along the way, he got an appreciation for the Arab country’s rich farming traditions—and the ways that American startup culture could spur a global marketplace for rural communities.

So the young entrepreneur decided to put the two together. “Coffee used to be the main trade in Haraaz,” said Alkhanshali of the 800-year-old village with hillside terraces, where he started his coffee revolution.

“But now there’s a drug we have in Yemen called khat that was traditionally grown in East Africa. It’s a mild stimulant, and for every one coffee farm in Yemen now, there are seven of these khat farms.”

A burgeoning narcotics trade isn’t even the worst of the problems associated with khat farming.

According to Alkhanshali’s chief finance officer, Ahmad Ibrahim, khat is a water guzzler of a plant—using up a whopping 40 percent of the country’s water supply.

And this in a region that’s among the world’s most arid. “The capital of Yemen was supposed to run out of water entirely this year,” he said.