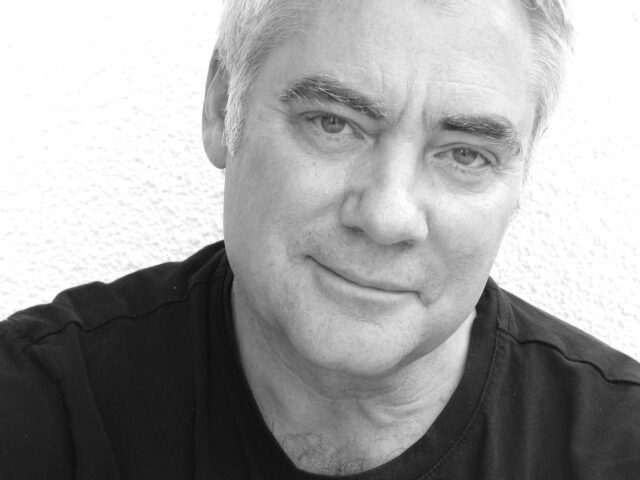 MILAN – Sustainability, fair prices, social and economic issues in producing countries are some of the subjects covered in this interview with Peter Kettler, Global Product Manager for coffee at Fairtrade International.

In 2019, you joined Fairtrade International, as Senior Manager, Coffee: what has you lead to this role?

My career in coffee has been fairly balanced between work in the development sector and the commercial arena. Fairtrade International has what is perhaps the world’s largest network of producer organizations, connected to nearly 30 national advocacy offices, offering me an opportunity to put my experience to work to hopefully effect change in one of the world’s largest commodity supply chains.

What should be the right price in order to ensure sustainability in coffee production?

Unfortunately, there is no one single price that can guarantee sustainable coffee production in each and every coffee producing country around the world. Our current work around discovering what a Living Income looks like in different coffee farming contexts will go a long way toward establishing some sustainability targets for the industry. What we do know is that following the 2018-19 harvest season, more than half of the coffee farmers around the world sold their crop at prices below their cost of production.

How can we achieve the raise of the price?

It begins with raising awareness of the imbalances within the global coffee supply chain. Traditionally, those who manage the greatest risks, farmers, receive the smallest reward. If we are going to seriously address both the ethical and economic impacts of these systemic inequities, then the coffee community as a whole will need to come together to agree on a way forward. From the perspective of Fairtrade, the cornerstone of any sustainability initiative must begin with the prospect of coffee farming as a viable business model. Farmers need to be able to make a living, provide for their families and claim their share of the prosperity produced by global coffee industry.

Are consumers aware of the hard times farmers are facing today?

I think the public is generally unaware of how coffee is grown, the various stages of processing it goes through and how many hands it passes through before it reaches their daily cup. Today, the average age of a coffee farmer in the world is somewhere between 57-60. Coffee farming is often seen as the lowest rung on the ladder of economic opportunity and young people are migrating into urban centers at a rapidly increasing rate.

Climate change, competition for natural resources, rising input costs and decreasing rates of soil fertility all create an almost perfect storm of challenges for today’s coffee farming communities. Meanwhile, the price of coffee in consuming countries remains fairly stable, disguising the fact that a significant number of the estimated 25 million farmers are struggling to put food on their tables. Think about that– we have farmers struggling to feed their own families.

What are the strategies to improve living conditions in producing countries?

There are a variety of approaches that are being implemented by individual coffee companies, governments and NGOs to address the problem of improving farmer livelihoods. Some are focused on improving yields or making fertilizers more readily available. Some are trying to address the problem of child labour on coffee farms. Others might concentrate on farm renovation techniques, preventing deforestation or improving access to clean water.

At Fairtrade we believe that the root cause of many issues related to farmer livelihoods can be traced back to poverty and exploitation. While money alone certainly cannot solve every one of these problems, it is difficult to imagine that a farmer’s first priority is going to be taking care of the environment if she cannot afford adequate food or health care for her family.

Will the crisis affect coffee quality as well?

Definitely. Farmers who are not able to meet the cost of production will be unable to invest in farm renovations or quality improvement strategies. Over the long run, a decrease in the quality of life for a coffee farmer will lead to a parallel decrease in the quality of the coffee they produce. This is a somewhat unrecognized existential threat to the global coffee industry that relies on a steady supply of high quality coffee.

What will happen if are not able to stabilise prices at a remunerative level?

While no one is talking about a world without coffee, there are a number of unprecedented challenges that coffee farmers are now facing on a daily basis. Climate change alone is projected to significantly reduce the land suitable for the production of coffee by 2050 in Brazil, the world’s largest producer.

However, more than three-quarters of the world’s coffee supply comes from smallholder farmers, that is, farms of less than 2 hectares.

These farms produce some of the most sought after coffees in the world today, with unique flavours that are rooted in the lands where they are grown. If these farmers no longer see coffee as a viable cash crop they will convert their farms to produce other foods, or even illegal crops. We will lose a biodiversity of flavour, with only the most efficient, large farms able to exist, filling our morning cups with a cheap, and often bland brew.

What does the term “sustainability” exactly mean for Fairtrade? In which way does the organization take action?

That’s a very good question. The term ‘sustainable’ has become perhaps one the most overused in the world today. What does it mean to produce something ‘sustainably’? Is it adhering to local laws, meeting stringent environmental standards, exclusive of child or forced labour, promoting gender equality, leaving the smallest carbon footprint? At Fairtrade International, our answer is all of the above. However, sustainability must begin with a supply chain where all of the stakeholders involved are offered fair wage and can provide a decent standard of living.

What makes it difficult to get better prices on the market?

Lack of consumer awareness, increased consolidation within the industry, lack of collective will to make a change.

How does coffee differ from other commodities like tea or cocoa?

While I can’t speak with any authority about the supply chains of tea and cocoa, I do know that coffee is perhaps one of the most complicated in the world today. Coffee is produced in more than 70 countries around the world, each with their own system of growing, processing, grading and exporting.

It represents an industry that generates more than $200 billion per year, with over 2.25 billion cups consumed every day. I think it’s safe to say that the vast majority of farmers, especially those in developing countries, live on the margins of society and represent some of the most vulnerable and underserved populations in the world today.

Small coffee producers from Colombia among the finalists of the Fairtr...

Fairtrade America partners with 3 acclaimed artists for its new awaren...