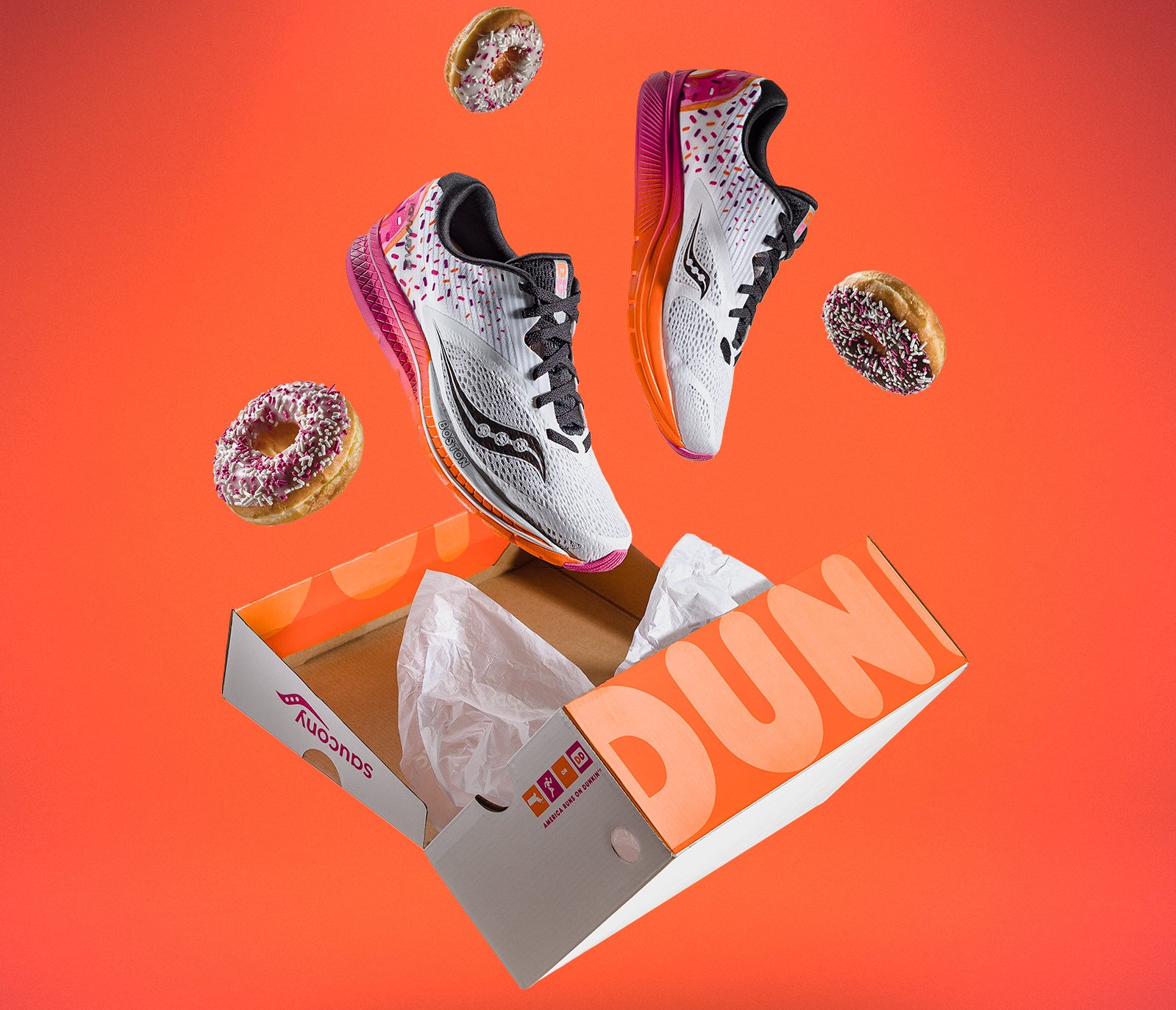 Many runners fuel up with a cup of coffee and celebrate the end of a long run with a donut or two. That’s why we are thrilled to partner with another iconic Boston brand to celebrate the symbiotic relationship between runners, coffee and donuts in honor of our hometown marathon.

From the custom packaging that recreates the classic Dunkin’ Donuts box to a choice of black, orange or magenta laces, the limited-edition version of the award-winning Kinvara 9, named “Editor’s Choice” by Runner’s World in the 2018 Spring Shoe Guide, will have our fans racing to pick up a pair.

The shoe features a Strawberry Frosted Donut surrounded by sprinkles on each heel, the Dunkin’ Donuts logo on the shoe’s tongue, splashy images of Hot and Iced Coffee on the sockliner and the brand’s signature tagline – America Runs on Dunkin’® – placed on the center heel along the reflective stripe.

To keep our DD Perks® Rewards Program members running even faster this season, Dunkin’ Donuts restaurants throughout New England will have a special Perks offer in honor of marathon season.

From April 9 through April 20, DD Perks Rewards members in select New England markets who place an order through On-the-Go Mobile Ordering will earn 2X the points*.