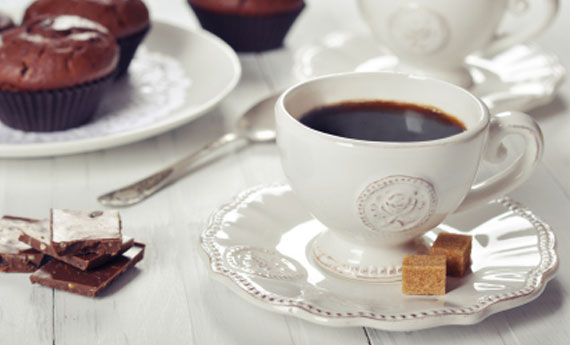 According to a new research published in the Journal of Food Science, your morning coffee can temporarily weaken your taste buds, potentially setting you up for weight gain.

In the blind study, 107 participants were randomly separated into two groups. In one, they drank decaffeinated coffee supplemented with 200 milligrams (mg) of caffeine—roughly the amount in a strong cup of coffee. In the second, they drank just decaf coffee.

Afterwards, the researchers asked them to rate the taste of the coffee, as well as that of other sugary solutions.

The results? When the people drank the caffeinated coffee, they rated their brew as less sweet than when they drank the decaf.

They also rated other sugary solutions they tested afterwards as not as sweet, too—despite no difference in other tastes, like bitter, sour, salty, or umami. (Here are 6 ways you ruin your health benefits of coffee.)

“When you drink caffeinated coffee, it will change how you perceive taste—for however long that effect lasts,” study author Robin Dando, Ph.D., explained in a statement. “So if you eat food directly after drinking a caffeinated coffee or other caffeinated drinks, you will likely perceive food differently.”

So what’s going on? Caffeine binds on adenosine receptors in your body, with interferes with your body’s signal to feel sleepy.

That’s why caffeine makes you feel more awake. But binding on these receptors also decreases your ability to taste sweetness, which may actually make you desire it more.

And if your sweet tooth runs unchecked, that may make you more likely to seek out sweet stuff, which can be bad for your waistline.