FRANCESCO SANAPO – “I tell you the WBC of Charlotte Malaval” 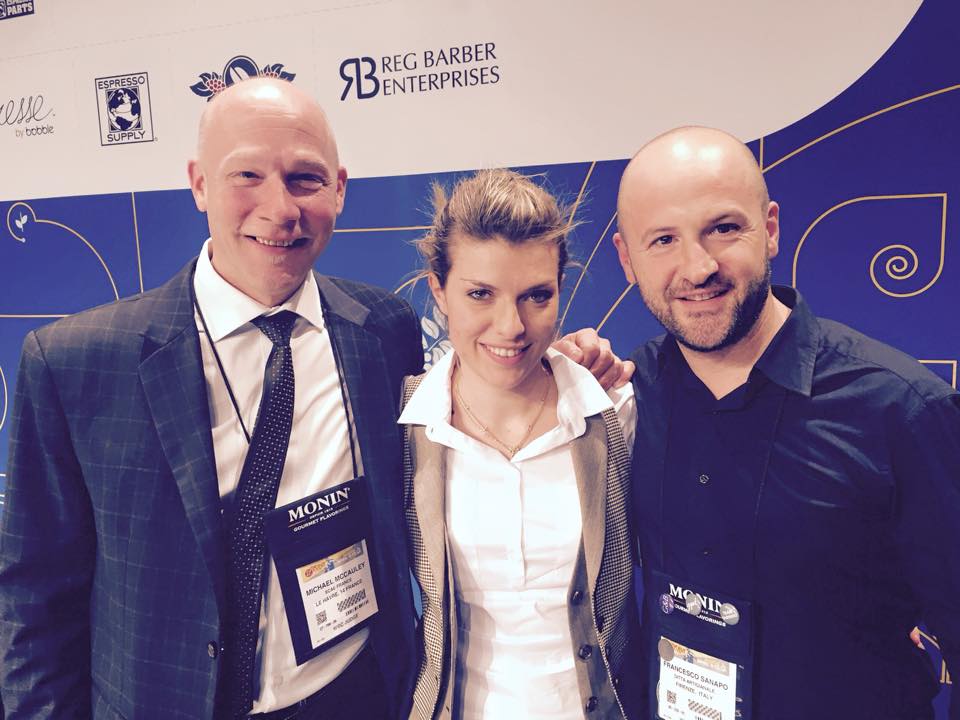 SEATTLE, US – “I first met Charlotte Malaval in a fair last November: I asked her if she was willing to participate in the French championship and she said that se wanted to take a sabbatical year.

I asked her age and when I found out that she was only 22 I convinced her that it was the right time to compete, motivating her to sign up.

” Who’s talking is Francesco Sanapo, three times italian champion who, the moment the WBC ended, is recounting his expericence as a coach who brought the french champion to the finals. In fact, Malaval ranked sixth among more than 50 contenders, a great result.

“Charlotte trained for a month and a half for the french championship she won. Then, she dedicated herself to the WBC.. during this time she came to Florence several times and I, as well, went to visit her in Marseille where she lives.

I gave her all my support, along with the technical staff, at the Ditta Artigianale and Caffè Corsini’s Master Bar Class that I supervise. We chose the coffee together and we won!”

And also: “The coffee we chose for the WBC comes from El Salvador, Finca El Narajo, the producer is Emilio Lopez. A yellow bourbon, natural pulped, which stood out in a large tasting table. It was produced in a limited quantity, only 60 kgs.

I secured it for ourselves. Back in Italy, it was time for the roasting phase: with Michele Anedotti of Caffè Corsini we studied a roasting profile that could bring out the sweetness of this coffee, and we made it, reaching the finals.”

On being a coach: “Charlotte’s competition was thrilling, it’s very different being a coach than competing in the first place, it leaves you very strong emotions: you’re there at the WBC, next to her and you’re hoping that she is doing the best.

Charlotte is charming and has a lot of passion and she reached the finals at the first attempt. I’m very proud that, for the second time, an italian coffee, branded Ditta Artigianale, went into the top 6 (Sanapo ranked sixth in 2013), where Charlotte competed against great professionists of the field, baristas who had years of experience behind them.

Now, with Ditta Artigianale, we are ready to face a new year and we will look for new competitors. If you want to meet champion Charlotte, she will be in May at the Tutto Food fair in Milan as the barista at the Ditta Artigianale stand.”

Ditta Artigianale, directed by Francesco Sanapo, in collaboration with Caffè Corsini, underlines the inspiration to an artisanal working method, following the best italian tradition, updated with a modern and international vision.

The name and the concept of Ditta Artigianale are inspired by the old shops which roasted and sold coffee in the 50’s. Ditta Artigianale, besides being a micro roastery with an online shop, is also a coffee and gin bar, located in Florence in via dei Neri 32r. For more informations www.dittaartigianale.it.