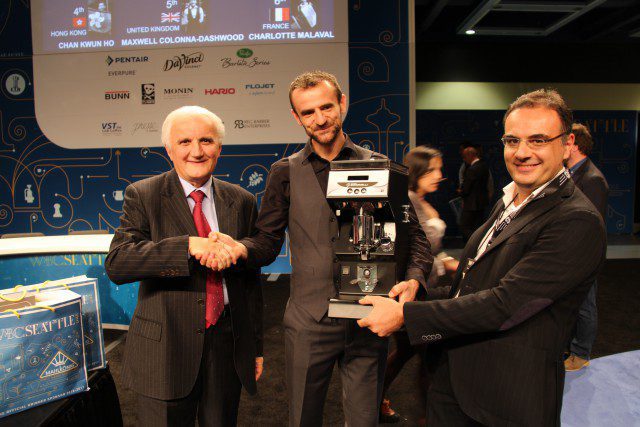 Sasa Setic, is the second Australian barista to win the title (the first was Paul Bassett in 2003 in Boston). He entered the world of coffee 10 years ago as a barista before specializing in roasting.

In the last four years, however, he worked as an importer of green coffee and founded Ona Coffee and Project Origin.

During his performance, Setic worked with the Victoria Arduino VA388 Black Eagle, using “Sudan Rume” of Finca Las Nubes, Colombia, a coffee washed through a natural process of carbonic maceration.

Its intelligent management of the grinding chamber temperature and the “Clump Crusher” system guarantee a constant dose and maximum regularity of the output stream.

Stefanos Domatiotis is the new brand ambassador for the Hemro Group