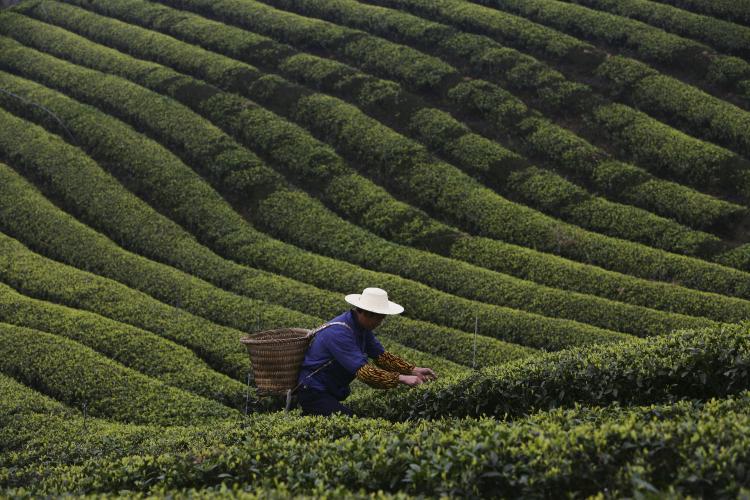 More lucrative than growing tea, coffee enjoys a new popularity among China’s younger generation with a thirst for Starbucks and Nestle. PU’ER, China — This remote southwestern city near the borders of Laos and Myanmar is named after one of China’s most famous teas, grown on mountain terraces painstakingly carved out of the region’s rich red soil.

But in recent years, pu’er tea has surrendered prime real estate for a more lucrative brew: coffee. Chinese farmers have taken to the new crop, which thrives in high-altitude areas of Yunnan province and commands up to three times as much money as tea.

Behind the change are major foreign producers, including Seattle’s Starbucks Corp. and Switzerland’s Nestle. Those multinationals are training farmers and buying beans from the region to meet the world’s growing thirst for coffee.

More important, Yunnan has the potential to thrive as a production base in a country that is becoming increasingly hooked on the caffeine-loaded beverage. Long dismissed by many Chinese as being too bitter, coffee has enjoyed a surge in popularity among the country’s young, urban elite.

Few pairings denote upward mobility more than an iPhone in one hand and a white-and-green Starbucks cup in the other. In central Beijing, the company’s smallest cappuccino costs about $4.33, making a Chinese Starbucks habit one of the most expensive in the world.

“Starbucks in China for the young generation is almost like religion,” said Liu Minghui, head of Pu’er-based Ai Ni Coffee, China’s largest coffee production and exporting company. “They want to be seen drinking their coffee. A lot of these Chinese kids have come back from studying overseas where they’ve been introduced to this new lifestyle.”

Quiz: How much do you know about the Chinese economy?

At 120,000 tons last year, China’s coffee consumption was only 6% that of the U.S., the world’s top consumer of hot joe. Meanwhile, about 1 million tons of tea was consumed in China last year.

Still, analysts for Barclays expect Chinese coffee demand to grow nearly 40% each year until about 2015.

More stores and shops are stocking instant coffee. Nestle’s Nescafe brand has captured more than two-thirds of the Chinese market, thanks in part to blends mixed with powdered milk and sugar to make it more appealing to local palates.

Coffeehouses are percolating too; sales are projected to expand 23.5% annually on average to about $1.6 billion by 2016, according to Euromonitor, a global research group. Much of that growth is expected to come from Starbucks, which plans to more than double its Chinese stores to 1,500 by 2015. That would make China its second-biggest market, following the U.S.

“This is a long-term commitment,” said John Culver, president of Starbucks Coffee China and Asia Pacific.

Part of that effort will be raising the profile of Yunnan coffee. Starbucks released a special blend in 2009 for Chinese consumers called South of the Clouds, which includes beans from Baoshan, a city northeast of Pu’er in Yunnan. A year later, the company partnered with Ai Ni Coffee to grow and test four coffee varietals on a plantation in Pu’er. Those beans could reach domestic and global markets in a few years.

Yunnan, considered one of the most bio-diverse regions in the world, is responsible for almost all of the roughly 60,000 tons of coffee grown in China. The provincial government has plans to increase coffee production to 200,000 tons by 2020.

But growers will have to invest heavily to guarantee consistent quality, experts said.

“It’s still very messy,” said Safi Malik, co-founder of Shangrila Farms, a boutique coffee brand that carries beans from Yunnan. “A lot of farmers don’t have training. There’s great coffee there, it just needs to be found and worked on.”

A big test is whether Chinese farmers will remain committed to the crop through price fluctuations. This year, growers are being offered about $1.20 a pound, half of what they earned two years ago.

“The best I can do this year is break even,” said Ma Xinwen, 40, who grows five acres of coffee on a hillside in Tea Tree Village about 4,000 feet above sea level.