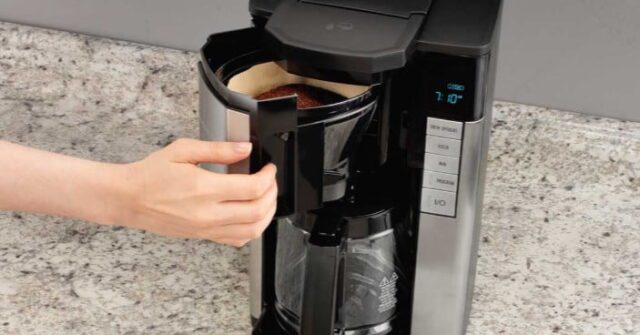 MILAN – Have you ever thought about how dirty your home or office coffee maker can get? Maintaining and cleaning your coffee machine is key to keep it running perfectly and prevent the growth of bacteria, yeast or even mould. And it takes much more than just a wipe down at the end of the day.

Lisa Yakas, senior product manager of Consumer Products at the National Sanitation Foundation in the US, says that these appliances are relatively harmless as long as clients follow the manufacturer’s cleaning directions.

Yakas points to the water reservoir – the part of the coffee maker that stores water – as one of the dirtiest parts of the kitchen if not cleaned on a regular basis.

A NSF International study of kitchen products in 2011 found that 50 per cent of the sampled reservoirs in coffee makers had mould or yeast.

“It wasn’t on their radar,” Yakas said of the families involved in the study

According to the US Food and Drug Administration, food-borne yeast and mould can be a source of sensitivity for people with allergies and may even cause infections.

Yakas recommends to always empty out the unused water in the reservoir and leave the lid off to let it dry out.

“Some of these organisms like these moist and damp places, that’s where they like to grow,” Yakas said. “If you eliminate that moisture altogether… then you eliminate their conditions to grow.”

Her motto is “keep it dry and keep it clean”

Chuck Gerba, professor of microbiology at the University of Arizona, said coffee break rooms have more bacteria than washrooms in most office buildings.

If the office has a coffee pot, Gerba says the first thing that gets germiest is the coffee pot handle. However, on a single-use machine, he says the top of the machine where the people place the plastic pod has the most germs.

“When you use the machine, it could get in your coffee,” he said.

Gerba also said that another big source of germs are coffee cups, especially if they’re shared among co-workers. A 1997 study he co-authored examining office coffee cups found that E-coli and even fecal matter were found in some of the cups.

According to Gerba, the sponges people were using to clean out their cups were actually contaminating them. If the office has a dishwasher, he recommends using it.

“Dishwashers work great because you have a high temperature and it dries out,” he said.

However, if the sponge can’t be avoided, Gerba says it’s important to wipe the coffee cup dry with a paper towel instead of using a cloth or letting it dry out on a rack.

How to clean your coffee maker

Both Gerba and Yakas say that the heat from the coffee maker can kill most germs, but it shouldn’t replace ritual cleaning or descaling, which should happen every one to six months depending on the manufacturer’s recommendations.

“While it’s possible the heat of coffee brewing might kill some microbes, why take a chance?” Yakas said. “We think it’s best to go to the source and keep the coffee maker clean.”

So, here’s how to properly clean your coffee maker according to the product’s manufacturer:

Rinse and clean the water tank before filling it with fresh water and then put the water tank in place. Rinse the cup support and place a container of at least 0.5 liters under under the coffee outlet. Then open the machine head, let the used capsule be ejected, and empty and rinse the capsule container. Close the head and turn lever until in the “locked” position. Push the button three times within two seconds, the button should start blinking quickly.

It will take less than two minutes for a flow to come out, then the cleaning procedure will run automatically for five minutes for three cycles. The company urges that consumers to not use any cleaning agents or vinegar in the process. The company offers their own descaling products to use instead.

Some traditional coffee makers aren’t programmable with a cleaning cycle, in which case it’s recommended to clean your coffee maker with the vinegar solution every 40 to 80 uses. Instead of using the auto clean button, turn on the coffee maker until the carafe is three cups full. Turn if off and wait 30 minutes, then turn it back on and brew the rest.

Gerba said that vinegar will clear out most of the mould and yeast, but it doesn’t get rid of all the bacteria that can make a person sick.

That’s why Yakas recommends taking out each removable piece of the coffee maker and cleaning it by hand. Some coffee maker parts are dishwasher safe.

WMF Professional Coffee Machines wants to play a crucial role in the c...

Eversys launches Enigma, the next generation of its super traditional ...