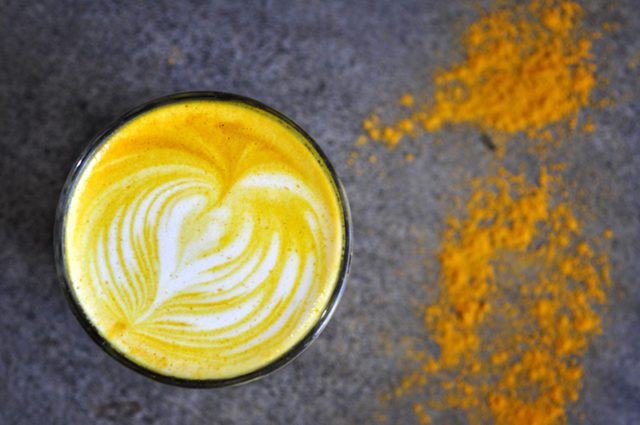 According to Mintel Global New Products Database (GNPD), hot beverage launches in Europe containing turmeric have more than quadrupled since 2013, growing by 359% between 2013 and 2017.

“The turmeric latte is inspired by a traditional Indian remedy based on hot milk and turmeric infused with spices such as pepper, cinnamon and ginger. The drink has purported health benefits, but equally, its appeal comes from the photogenic and intense, social media-friendly colour. Milk has not traditionally been a trendy or social media-worthy drink, but colourful, flavourful offerings such as the turmeric latte could change that.”

And there is clear consumer interest in such beverages: 35% of Germans aged 16-34 would like to see more flavoured milk launches, such as chocolate or spices.

Even 77% of German consumers aged between 35 and 54 say that they like to explore new flavours. The near future will see dairy brands looking to other new colours and textures to create the next trendy, attention- getting and ‘social media-worthy’ dairy drink.

“Future formulations could include fizzy milk, new colors and new textures. Fizzy milk, for example, is already a popular concept in China and other parts of Asia. Colourful  matcha or spirulina could be the next buzz-worthy ingredient in the West, where they are currently less known. As Mintel’s 2018 Global Food and Drink Trend ‘New Sensations’ explains, the next evolution will bring texture into the limelight. Already, we can see new foaming ingredients that infuse drinks with an unexpected texture such as the tea macchiato from China – a drink that blends tea with whipped cream cheese.”

Indeed, although matcha has been around for centuries, it is only now booming in Europe. Hot beverage launches containing matcha have increased more than tenfold in Europe between 2014 and 2017 and its vibrant green colour is already finding use in eye-catching matcha lattes.

Spirulina is one of Mintel’s Trend ingredients for 2018, and is quickly becoming a trendy ingredient in the food service industry and  with blue ‘mermaid lattes’ appearing across Instagram feeds

Global launches of carbonated soft drinks with dairy ingredients, or ‘fizzy milk’, have also grown over the past five years, albeit from a small base. Asia Pacific currently accounts for 86% of fizzy milk launched in 2017.

The combination of carbonation and dairy can create a creamy texture that is rare in carbonated drinks. This novel texture innovation is primed to be ‘the next big thing’ according to Mintel research’.

Cavamax W6 cyclodextrin from Wacker improves the foaming of barista to...