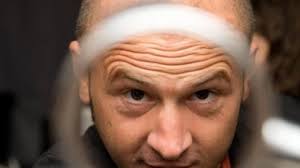 Finally the moment for me to write this post has arrived!

Why didn’t I do this before? Simply because I needed to take a break after a long period of sacrifice and hard work which was 7 months long.

Everything started back in October 2012, when I decided to participate to the Italian Barista Championship (for more information: link post), without being conscious that I would have spent Christmas Eve, New Year’s Day and Easter busy and fully dedicated to the preparation of the competition (those who follow me on Twitter and Facebook know that what I’m saying is not a lie).

In the very few lines of this post I’ll try to explain where my idea was conceived and why I decided to do this.

This year I wanted to bring to this competition something that fully reflects reality, something that lowers even more the distance between barista, judges and the public. I wanted to bring everyday life into the 15 minutes that I had for my performance and so one day, when observing by chance the customers of a bar, I had the idea to try to analyze the life of an espresso, from the first drop erogated until the last sip!

I noticed that people who enter a bar to drink an espresso don’t always drink it all at once, but they get lost in chats with a friend, or read a newspaper, and extend the length of time for the consumption of the espresso.

At first, these behaviors nearly annoyed me and I was about to go tell each single customer to pay attention to the tasting of the espresso, but then I realized that most people, when they are in front of their coffee, often get lost in their thoughts and ideas while they are sipping and tasting each single phase of evolution of the taste of their drink.

So, with pen and paper in my hands, I started to take note of each single movement and the timing of customers while they drink their expresso, and this is what emerged:

first of all, I got myself a stopwatch in order to measure the exact time spent by customers for drinking an espresso, and obviously a notepad to write the exact number of sips and the timing of each one of them.

At the end of this study, which took place in different cities such as Florence, Milan, Rome, Lecce, Treviso, Trieste, London. Lyon, Paris, Hamburg, Koln, Barcelona, Athens and last approximately 2 months, I came to the conclusion that the average time spent to drink an espresso is 60 seconds, along an average of 3 sips.

Through this analysis I found inspiration for preparing my performance, which focused on the study and in-depth analysis of the evolution of the taste of the espresso during its, although short, very intense life.

The taste of the espresso changes when its temperature changes: the lower it is, the more you feel different sensations compared to the ones experienced in the first sip, with a total but different involvement of the taste buds.

My advice is to try this test especially during the study of a mix for espresso, and you can also get clear answers on this while studying the roasting profile of a coffee, when helping the roaster to figure out the differences of taste according to the different roasting curves.

After what I studied and various tests, I came to the conclusion that the coffee that best represented what I wanted to prove to the judges was NEKISSE: among all the coffees that I’ve tried, it’s the only one which showed a good balance in the cup, with a controlled acidity and an intense sweetness, not to mention its richness and gustative complexity.

This choice came after a very hard work, especially because balance in the cup are the hardest characteristics to keep under control during a tasting which is divided into 3 sips and lasts 60 seconds, because often a decrease of temperature implies an intensification of acidity and bitterness.