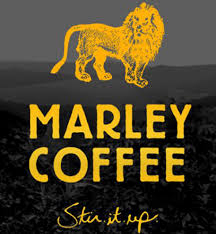 Marley Coffee has also acquired BikeCaffe’s existing franchise agreements and a large database of potential franchisees throughout the U.S. and around the world.

Included in the purchase are five Marley Coffee branded BikeCaffe coffee carts, which will be deployed strategically throughout the Denver area.

There are currently 21 BikeCaffe coffee carts in existence in the U.S., Canada, Jamaica and the United Arab Emirates (UAE), all of which will now be serviced by Marley Coffee.

One franchisee is a seasoned developer of restaurants in the UAE who is contracted to deploy an additional 173 BikeCaffe coffee carts over the next 10 years.

Rohan Marley, founder and chairman of Marley Coffee, said, “BikeCaffe is a natural fit with Marley Coffee. In addition to working only with sustainable coffee providers, BikeCaffe is a 100 percent environmentally friendly operation with a recycling policy and an ‘earth-friendly’ record.

BikeCaffe is truly a symbol of how businesses should operate in an era where environmental sustainability is critical.”

Brent Toevs, Chief Executive Officer of Marley Coffee, said, “BikeCaffe is our latest acquisition of a Denver-based business, and represents an exciting new channel for our local and global distribution strategy. We are energized by the enthusiastic press coverage that BikeCaffé has earned to date as one of the hottest concepts for mobile cafés.

We are similarly enthusiastic about the potential to grow BikeCaffé’s base of Bike owners, and we plan to dedicate resources to boost sales and marketing efforts in this area.”

Mr. Toevs continued, “We believe BikeCaffe’s mobile coffee carts are also ideal for many of our existing channels such as office coffee service (“OCS”) and hospitality, but definitely for certain retailers for front-of-store or in-store kiosk usage, and we plan to explore some of the groundwork that Ralph Massetti has already begun.

We believe there are possibilities to create an integrated strategy involving coffee sales both on store shelves and through BikeCaffe sales.

With one industry report forecasting that the U.S. food truck business will grow from $615 million today to $2.7 billion by 2017, we believe the mobile foods arena is a promising one.”

Jammin Java Corp. has filed a Form 8-K with the Securities and Exchange Commission, providing further details of the Asset Purchase Agreement.