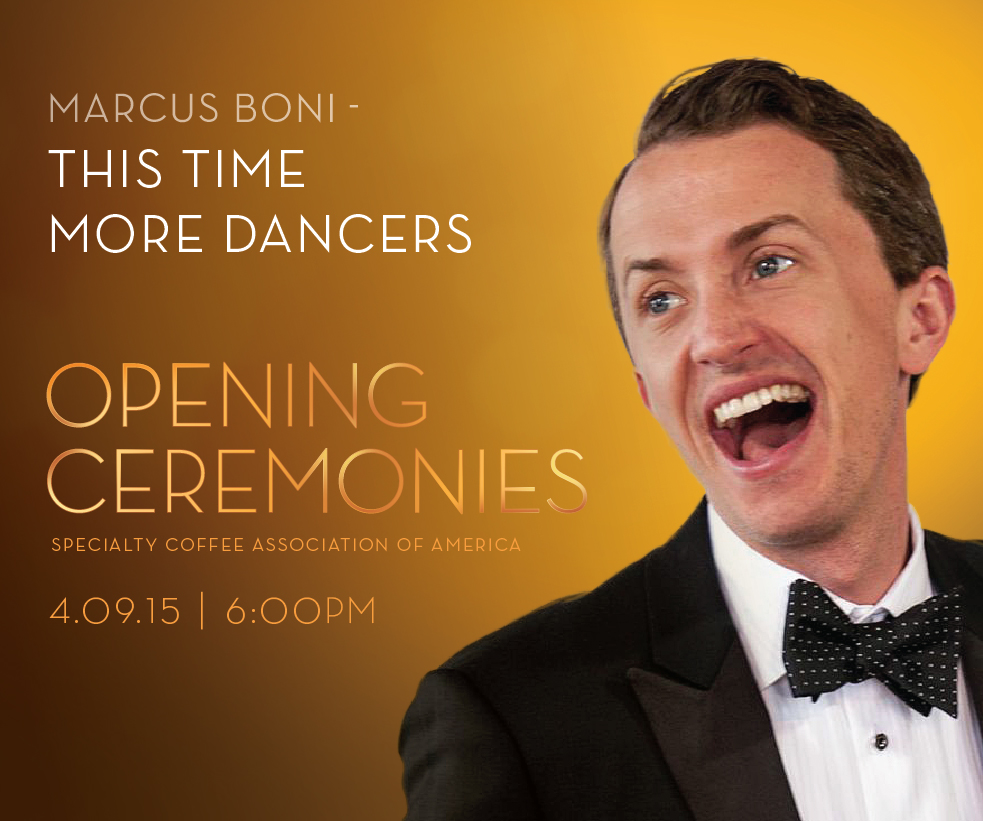 Previously crowned “Master of Ceremonies” by Barista Magazine, Boni’s 2014 performance set records for Opening Ceremonies attendance. Many attendees who arrived late were turned away when even standing room only was completely filled.

The Ballroom in the Washington State Convention Center will be expanded in 2015 to meet the high demand for seating space however it is still recommended that attendees arrive early to ensure they can secure seating.

“It isn’t likely that I will be able to top Erna Knutsen from last year” says Marcus Boni, “but I am excited to take another crack at it. Prepare yourself for some emcee realness and hopefully a few more dancers.”

“Marcus is a terrific performer, singer, risk-taker and collaborator,” said Tracy Allen, SCAA Vice President. “The Board can’t wait to see the show he has in store for 2015.”

“Marcus proved in 2014 that he is one of the most charismatic, energetic and creative performers in our industry,” said Tara Smith, Opening Ceremonies Producer. “Having him back means attendees can expect another amazing celebration!”

Entry into the 2015 Opening Ceremonies requires a trade show badge; registration for the SCAA Event opens in early December 2014 via www.scaaevent.org.