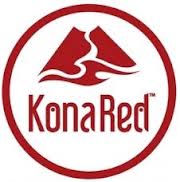 KOLOA, Hawaii – KonaRed Corporation has announced highlights from a report from its beverage distributor Splash Beverage Group, Inc., including increases in sales and placements in key retail stores nationwide.
In April 2014, KonaRed engaged Splash to manage all KonaRed beverage distribution within the U.S. to quickly and effectively expand distribution. This quarterly report covers the three months ended June 30, 2014. During this period Splash has contributed sales of 54%, $341,235, to KonaRed. Highlights are as follows:

Fresh Markets:
– Burris Distribution (Greensboro, NC) is now accepting delivery of all 10.5oz. KonaRed drink products, including original Coffeeberry, Coffeeberry with Organic Green Tea and Coffeeberry with Coconut Water.
– Splash has received commitments from Fresh Markets to merchandise KonaRed in its water aisle and deli sections in all stores.
Speedee Mart and Terrible Herbst:
– The two dominant convenience and gas chains in the Las Vegas market are now receiving KonaRed through Southern Wine and Spirits and have seen weekly increases in sales volumes.

Northern California independent markets:
– Geyser Beverage is now distributing KonaRed to more than 100 independent retailers in the Bay area and surrounding communities
KonaRed’s CEO Shaun Roberts commented: “Our relationship with Splash is providing an extremely effective way to expand our distribution reach. Increasing sales is our key focus and we’re pleased with Splash’s successes to date and see momentum building for the future. We look forward to working with Splash to make KonaRed available to consumers throughout the U.S.”