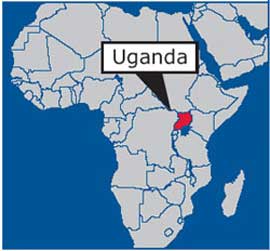 KAMPALA – Coffee has historically been a huge foreign exchange earner for Uganda but due to unreliable sources of quality inputs, poor organisation of farmers, its production has stagnated at no more than three million bags per year over the last four decades.

Yet an estimated two million Ugandans are engaged in coffee at different levels of the value chain although the majority is smallholder farmers.

It is against this backdrop that government has designed a new strategy to boost production and improve yields.

Henry Ngabirano, managing director, Uganda Coffee Development Authority, says this will be done through involving youths and women in a major role in coffee growing. In the next three years, the target is to plant at least 300 million seedlings.

“We are developing a national strategy to bring youth and women on board. If this is done, we will be assured of sustainability and given their numbers, even coffee consumption will go up locally,” he told stakeholders who met in Kampala recently.

Women constitute 50.5 per cent of the estimated 34 million Ugandans while youth who are in the productive age, 18-30 years, are about 6.5 million.

“What we want is to strongly position ourselves as the largest exporter of coffee particularly Robusta coffee in the region and there is no doubt that we can achieve this,” he added while observing that the demand for coffee is increasing and if Uganda fails to seize the opportunity, other countries will continue taking the lead.

Currently, Uganda is the second largest producer in Africa, after Ethiopia, with approximately 30 per cent of the export revenue coming from coffee. However, locally, it is estimated that only three per cent of Uganda’s population consume coffee.

Although production has stagnated, Ngabirano says that with the new strategy, they expect to increase it by 10 percent.

“Our target is achievable and we simply need support from all stakeholders,” he asserts.

Vincent Ssempijja, MP Kalungu East, reveals that a Parliamentary Coffee Forum, which he chairs and comprises over 150 MPs, has been formed to contribute in mobilising farmers to rejuvenate coffee growing.

Each of the members is expected to distribute seedlings to farmers in their constituencies and where possible, pesticides will also be provided.

“Our parents paid school fees and built homes using money from coffee; the same can still be done today,” he says. “I am optimistic that if each of us fully participates in this campaign, our people will be liberated from poverty.”

This comes at a time when the Cabinet has approved the national coffee policy, which is aimed at bolstering the coffee sub-sector of the economy.

It is noteworthy that coffee remains Uganda’s most selling agricultural commodity and a major foreign exchange earner, contributing a significant share of the total export revenue in the last decade.

Export statistics indicate that coffee fetched the biggest revenue from 2005 to 2011.

According to the UCDA December 2012 report, coffee exports in the 2011/12 season increased by 11 per cent following periods of drought during the year, which hurt harvests.

Slightly above 76 per cent of the total volume was exported by 10 exporters out of the 28 exporters that performed in the month. UCDA projects the coffee exports to hit three million 60-kg bags in the season that run from October 2012 to September 2013