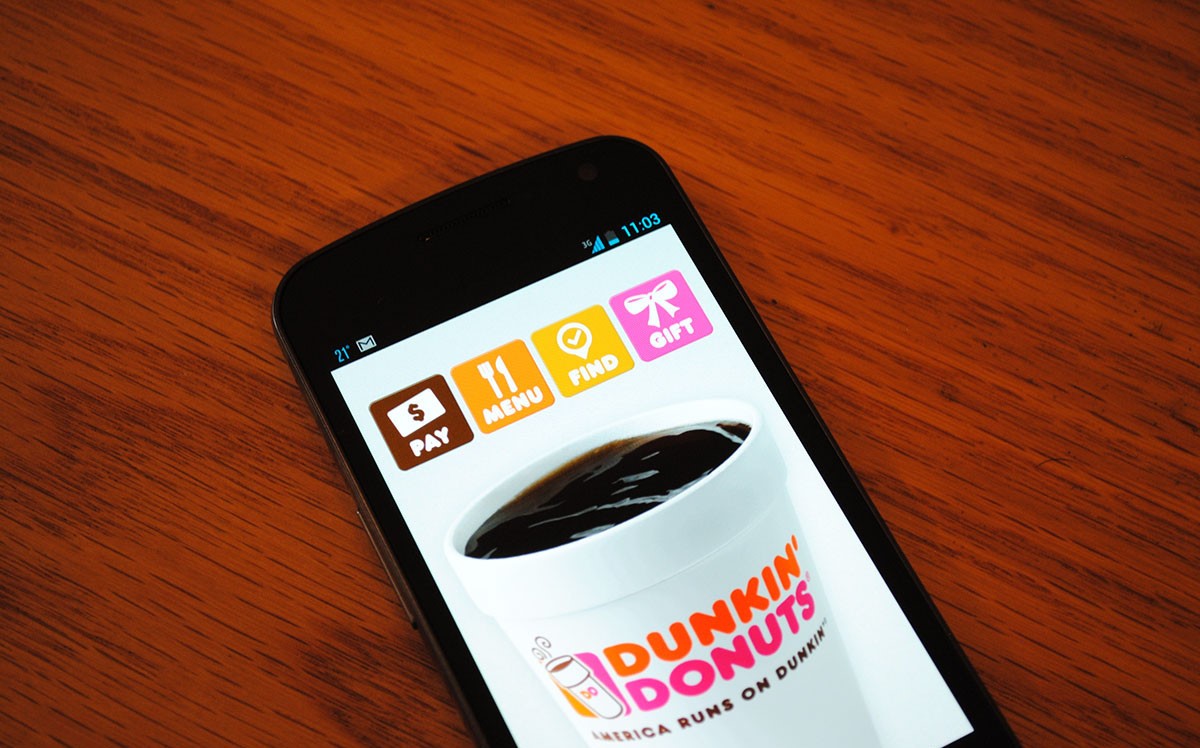 NEW YORK, U.S. – Smartphones are about to change coffee shops as we know them, as Dunkin’ Donuts and Starbucks prepare to build the “coffee shop of the future.”

“As we think about what that coffee shop of the future look like… the whole store will be much more focused on mobile ordering,” Scott Hudler, Dunkin’ Donut’s chief digital officer, said at a media day on Tuesday.

While Hudler said Dunkin’ Donuts doesn’t have any design tweaks to announce yet, both Dunkin’ and Starbucks are realizing that the rise of mobile orders means that the coffee shops need to make some changes… and fast.

Currently, a little over 1% of Dunkin’ Donut’s orders are made via mobile devices.

At Starbucks, that figure has reached more than 8% — something that has created some problems for the chain.

In January, Starbucks reported that transactions, an important measure of customer traffic, dropped 2% in the most recent quarter, in part because of problems caused by mobile ordering.

On Wednesday, at the company’s shareholders meeting, executives said Starbucks has rolled out fixes, including adding more employees at peak hours and tweaking the beverage hand-off process, to fix bottlenecking issues.

“Now, the early feedback from store managers and customers has been very positive,” said Kevin Johnson, Starbucks’ president and COO. “But keep in mind, these are just the first steps of a number of things we are doing to improve capacity and throughput in our store.”

Some of these bigger picture changes may include reconfiguring some locations to make room for two separate lines: one for in-store orders and one for mobile orders.

In essence, both Dunkin’ and Starbucks are realizing that store designs will need to fundamentally change at some point in the near future to put mobile front and center, at least in some locations.

Coffee chains are in a unique position in the retail industry, as digital orders are crucial to the future and lack a clear precedent for stores to build upon.

The retail industry demonstrates the dangers of ignoring mobile and online orders, as traditional retailers like Macy’s and Sears close hundreds of locations after failing to compete with e-commerce rivals.

“We’ve got to evolve rapidly. We’ve got to change,” Hudler said. “Retail and really [quick service restaurants] specifically are really on the front lines on a lot of those changes.”

Starbucks and Dunkin’ Donuts aren’t yet at the point where, if they fail to win over mobile customers, they’ll be forced to shut down stores. However, as seen by Starbucks’ recent struggles, it’s becoming clear that the coffee shop of the future needs to fully embrace mobile — or risk losing customers as mobile orders grow.