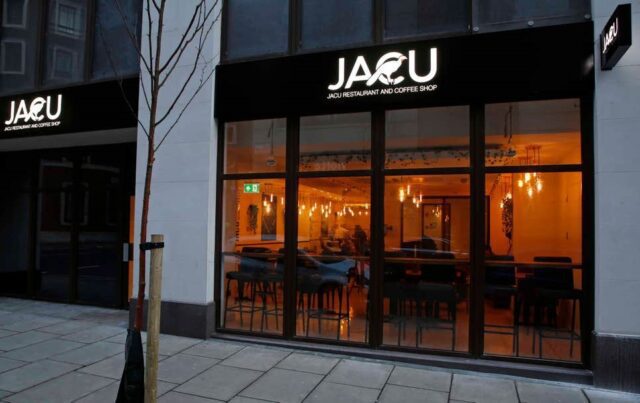 MILAN – London ’s coffee scene is buzzing: artisanal roasters and third wave cafés are thriving. The British capital has developed a sophisticated coffee culture with a growing number of independent coffee shops good coffee, good food, and plenty of character. Enthusiasts can taste some of world’s most sought-after and expensive beans. A restaurant and coffee shop in Westminster has begun selling what is arguably the priciest cuppa in the whole of the UK, which sells at £30 a cup.

Let’s find out more by reading some excerpts from an article written by Samuel Fishwick for GoLondon.

Is it a bird? Not quite. It is, in fact, a mug of piping hot coffee made from bird droppings. What’s more, in central London it sells as a “super-premium” espresso at £30 a cup.

The mug in question, unless it’s me, is a coffee from Westminster’s Jacu restaurant and coffee shop. The beans are also available to buy at luxury department store Harrods, where they are sold at £1,400 per kilo. Visitors to Jacu have the chance to purchase beans to take home with them, clocking in at £120 per 100g.

“It’s 100 per cent clean,” 33-year-old owner Arif Graca is quick to mention, which is just as well when the public is questioning every critter’s propensity to spread disease — a pangolin-dropping beverage would not sell, you’d imagine. It is a delicious blend, nutty, with nuances of sweet aniseed and no acidic after taste at all. The pay’s the thing, though. How can £30 be justified?

“You’re paying for travel cost, provenance and story,” Graca maintains. Jacu coffee is a brew made from beans harvested by hand from the excrement of an endangered South American bird of the same name, which has evolved to pick out the ripest coffee cherries in the forest.

They undergo a sublime effect in the birds’ digestive system, which breaks down the cherries’ outer layer, revealing the bean inside and creating a prized “soft” flavour. So there’s the added labour cost — hours spent by skilled workers de-husking berries from poop — and the transportation: the beans travel more than 8,000 km from a small forest farm in Brazil.

London is certainly a global leader (Harrods’ master roaster Bartosz Ciepaj tells me the market here has grown 6 per cent for twelve years) and a city not above a storm in a coffee cup. Last year, rows erupted over coffee sold in Coal Drops Yard’s Le Cafe Alain Ducasse. The £15 Yemen drip has a score of 92 on the Speciality Coffee Association’s 100-point scale but many took issue with the price.

“We’re offering an expensive coffee for sure and we know not everyone can afford it,” Ducasse’s general manager Olivier Fellous told the Standard at the time. “Chef Ducasse says it’s perfect.” At Roasting Plant, the US-London roaster where a cocktail of fine beans can be blended into a single cup, UK CEO Jamie Robertson talks about the “vinification” of coffee and borrow wine industry trade speak like “terroir” to describe soil at individual coffee farms.

The trend for accommodating the sophisticated palate continues apace. The Tate advertised for a “head of coffee” who, among other qualifications, must have extensive experience of “cupping” — evaluating the aroma and flavour profile of potential coffee suppliers. The gig pays £40,000-a-year, £2,700 more than the average annual salary of a London art curator, critics pointed out. Still, the coffee sommelier is truly in vogue. London Coffee Festival founder Jeffrey Young talks to me reverently of “supertasters” — those who are blessed with more taste buds than the average glugger — who find it harder to find coffees they can tolerate but dream of the perfect cup (smooth, sweet and often fruity with floral notes) and the elusive “God shot”, a serendipitous coincidence of perfect bean, pouring conditions and barista skill.

He mentions shadowy prestige growers who walk surreptitiously among the crowd, distributing their heirloom beans from clear plastic bags to those they think will truly appreciate their finer flavour.

Nespresso signs MoU to revive the coffee industry in Mozambique