The Sigep Observatory outlines the new gelato trends for Summer 2018 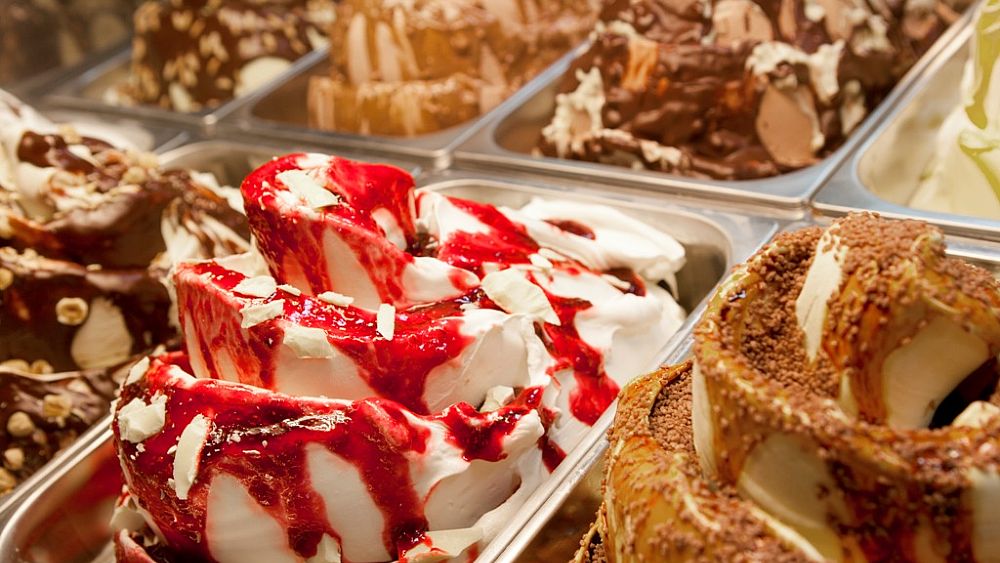 RIMINI – The temperature’s rising and the “switch” that triggers the desire for gelato is on. The Observatory of Sigep (world trade fair of artisan gelato, organized in Rimini by Italian Exhibition Group, the next edition of which is from January 19-23) estimates that Italians will eat almost two billion cones and cups of gelato between May and September.

And for the summer of 2018 the SIGEP Observatory announces that sorbets reign supreme!

Claudio Pica, Chairman of the Association of Italian Gelato Makers says, “We’re convinced that there will be a boom in artisan sorbet sales.” For Pica, owner of the historic Roman gelato parlour with his name in Rome’s Campo dei Fiori zone, “The outstanding new sorbet flavour is peanut, but also cranberry and lime.”

In the Eternal City, other very successful flavours will be Arbutus berry and lemon “caviar”. Rosario Nicodemo took it to first place in the contest entitled “Sorbets from the world” in January at SIGEP.

Master gelato maker Gabriele Scarponi from Liguria explains, “There is a rise in the demand for gelato with a “healthy” accent and the evergreen flavours in a sorbet version are ideal.”

Just a few key ingredients: for Vincenzo Pennestrì from Reggio Calabria: “Successful sorbets will be those with flavours such as dried fruit, pistachio and hazelnut, but also dark chocolate.”

Pepper will also be found in the cups. This is the trend proposed by Vittorio Lenci from Fiumicino, who puts his money on a completely additive-free strawberry and red pepper sorbet.

From sorbet to gelato: the great new flavour for the summer of 2018 is moringa

The proposal is an absolute “first” and comes from the Academy of Master Gelato Makers led by Candida Pelizzoli: 9 essential amino acids, 27 vitamins, 46 different antioxidants and many mineral salts make the moringa, a plant that grows in India at the foot of the Himalayas, a food that is increasingly appreciated for its beneficial properties.

Also in the health field is Volterra gelato maker Ersilia Caboni, winner of the Florentine date of the Gelato Festival with her wild mint: a flavour made with artisan fiordilatte and – precisely – finely chopped piece of fragrant wild mint.

For those who want to risk a little more, there’s chocolate gelato – sweet, a little savoury, but… alcoholic! Valentina Sorrentino, from Siena, counts on Vermouth and ginger for a balanced contrast of tastes, where the ginger’s sweet and hot notes are combined with the spicy caramel aftertaste of the Vermouth.

Gian Paolo Porrino, from Milan, proposes the Asprobronte flavour, with pistachio and finger lime, a fruit originally from the USA that has been successfully grown for some years Sicily.

And for our loyal four-legged friends, our companion on the first walks, a gelato parlour has been launched with ingredients for the health of our dogs: this is the case in Sirmione, on Lake Garda.

The summer of 2018 will also see the debut of nitrogen gelato, “The gelato that isn’t there”. The preparation starts with a cream based on the required flavour, which is then enveloped in a cloud of nitrogen. It is a process that gives several benefits: it reduces the consumption of electricity and completely that of water. Moreover, the temperature is so low that it enables the gelato to be frozen more rapidly. This allows to create a product that has a higher quality and is also easier to personalize.

To meet the desire for wholesomeness, the summer of 2018 will see the assertion of technology that will revolutionize the process of creating recipes in gelato parlours, presented by Carpigiani at SIGEP 2018: it is now possible to batch freeze recipes that are considered imperfect or unbalanced with an average reduction of 40% of total solids (sugars, fats, milk proteins, fibres, stabilizers and emulsifiers). With this method, for example, it will be possible to create a delicious creamy strawberry sorbet that only contains the fruit’s natural sugar and no other added sweetener, reducing the glycaemic impact by approximately 70%.

Many are betting on this: it will be the summer of the definitive success of black gelato, a trend arriving from the USA, a “relative” of the black sesame gelato so popular in Japan, but made with the ash obtained from coconut and the consequent extraction of activated charcoal. The result is a refreshing nourishing, totally vegan flavour.

One variation will be Black Hawaii: it too is a black gelato that is has the colour of Hawaii’s vulcanic beaches, the taste of chocolate, cacao water and natural vegetable carbon and has the effect of a detox food.

Nourishment and sustainability are the characteristics consumers want, so there’s an increasing demand for raw food gelato, which is okay for absolutely everybody, can be rapidly made and eaten immediately

In Calabria things are taking off with two flavours: Fatamorgana based on pastry and Reggio Calabria Bergamot, and the refined gelato with Brazilian Tonka beans.

In the meantime, there is a booming demand for home-delivered artisan gelato. In cities, in particular, clients want to eat it at home and the arrival of the hot weather is compelling companies providing this service to work overtime: deliveries can combine a good pizza and a tasty gelato!

The world artisan gelato market currently has a value of 15 billion euros, with an average annual growth of 4% between 2015 and 2018. Italy, where the consumption of gelato is 1/3 industrial and 2/3 artisan, is the first country in the world in which there is such a predominance in consumer preference.

Artisan gelato is constantly increasing in the United States. It is interesting to note how in the American statistics increasingly frequent reference is made to artisan gelato, probably thanks to the over 950 gelato parlour in the country, which make themselves noticed in the media for their ability to offer a same-day product made with local ingredients and a classic production process. The clients of the numerous parlours in which the production area is open-view identify all this as a sign of freshness.

China, which in 2014 exceeded US consumption thanks to the 1,000 artisan gelato parlours, offers interesting points for consideration for those who thought that the consumers of the world’s largest market didn’t like frozen desserts or milk-based products. An extremely interesting potential market