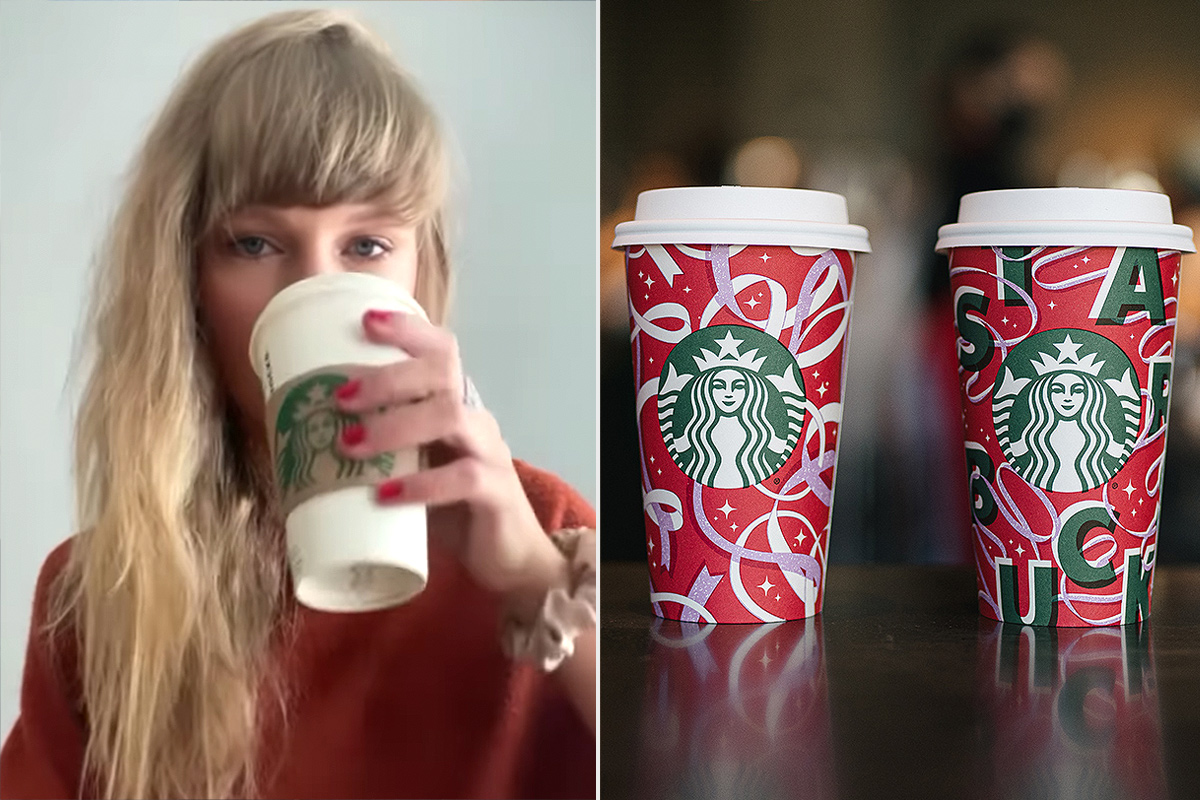 MILAN – Taylor Swift and Starbucks have joined forces in an “epic” collaboration to celebrate the release of Swift’s latest re-recorded album, Red (Taylor’s Version) and Starbucks’ red cup holiday season. Starbucks’ app on Friday also included an order option for the beverage and assured fans that they would have their signature “red cups ready and her music playing.”

Starbucks had been dropping cryptic hints of the collaboration on its Twitter feed.

To announce the collaboration, Starbucks tweeted, saying, “Watch it all begin again…with a Grande Caramel Nonfat Latte (Taylor’s Version).” The tweet included a video of a hand grabbing keys with a linked guitar and Eiffel Tower, red glasses and a red scarf. The background also features a brown hat similar to the one Swift wears on the album cover.

Swift is in the midst of re-recording and releasing her past albums because she now owns the master recordings of her songs.

The album includes songs from the originally released work, new “from the vault” tracks, a 10-minute version of her song “All Too Well” and more.

To really celebrate this rerecord of the Red album, Starbucks locations will also be playing Taylor’s version of the album, plus some of her other hits for fans to enjoy as they order their morning drink.

Since red cup season coincides with the season of giving, Starbucks is making it easy for the star’s fans to send their friends a caffeine pick-me-up with an exclusive Swift-inspired e-Gift card.

The card is decorated with a fall scene and the “All Too Well” lyrics “Autumn leaves falling down.”