KOLKATA, West Bengal, India – Tata Global Beverages (TGBL), the company famous for memorable advertising campaigns like Jaago Re, has launched a new marketing campaign for the launch of Tata Coffee Grand, a new instant coffee. The company recently launched ‘Grand’ in a competitive environment, at a time when coffee consumption has started growing in non-southern markets in India.

Keeping with a core theme of innovation and disruption (from the product and packaging to communication), the brand campaign includes a marketing mix consisting of:

• A 360-degree virtual reality tour of Tata Coffee plantations in South India – viewed on social media or on Google Cardboard via mobile
• A series of disruptive web films that launch a mission to ‘kill bad coffee’
• An edgy, disruptive and young-at-heart television commercial
• Digital activation across social media platforms
• Media and PR integration and activations

At the heart of this communication mix is The Granny – The Agent of Change! The Tata Coffee Grand Granny is the ultimate authority on good coffee. This south Indian coffee veteran is respected by everyone and her views matter. Her wisdom and experience is what make her a Granny, but really at heart, she is young. She is outspoken, highly opinionated and animated in her dissent of things if they aren’t the way they should be. She’s a trendsetter who is sure to connect with audiences of all ages thanks to her ‘swag’ and the way she communicates: rap music.

Says Sushant Dash, regional president – India, TGBL, “We are excited to launch Tata Coffee Grand at a time when coffee consumption is poised to grow significantly in the country. We are launching an innovative product and in keeping with this, we decided on a marketing mix that is different and disruptive.

This is a refreshing take using compelling storytelling that speaks to both existing coffee drinkers, as well as young, curious prospective consumers who are looking for a new beverage of choice. With this campaign, TGBL looks to challenge the category codes in a way that is uniquely Tata Coffee Grand.”

The new television commercial for this campaign is fun and quirky and sure to keep the audience hooked. It features The Granny dressed in a mix of traditional south Indian attire and western hip-hop apparel.

With her sunglasses and bling, she takes on a bunch of youngsters in a style no less than that of a showstopper. In her signature style she raps about ‘coffee, the way it should be’. Conceptualized by Mullen Lintas, the campaign will be supported by an extensive social media plan and media integrations. The advertisement will be aired in Hindi, Tamil and other languages.

Says, Shriram Iyer, national creative director, Mullen Lintas, “With the launch of a new product in one of the oldest categories in the country, but one that’s just beginning to see a surge in growth, came along an opportunity to do something really unique and interesting.

We’ve tried to break away from the monotony of conventional advertising on coffee by enlisting the help of a South Indian grandmother who’s anything but traditional. Decked in hip hop gear and bling, through an integrated 360-degree campaign, she teaches consumers on what it takes to make great coffee and to stop drinking what has now begin to pass for coffee, by rapping it.”

Other than the TVC

The virtual reality film is a first of its kind 360-degree tour of the Tata Coffee plantations in South India. This is the first time a brand in the category has used this approach to content, which will be used to showcase the origins of Tata Coffee to a variety of stakeholders. Watch the film here.

The web films, digital activation and PR integration have been conceptualised and executed by Rediffusion /Edelman.

Speaking about the campaign, Ashutosh Munshi, director, creative and content for India, Rediffusion / Edelman, says, “There’s a clear creative model the category follows. We wanted to do something very different. We started with an experience that speaks for itself, a virtual reality tour of freshness homegrown.

After this, the superiority of Tata Coffee Grand is shown not with a smell, a brew, a sip, a smile… but instead with a badass Granny who, with a single slap or a rap can kill anything substandard, especially bad coffee.” 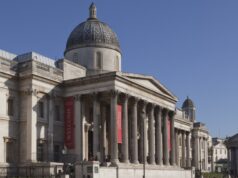