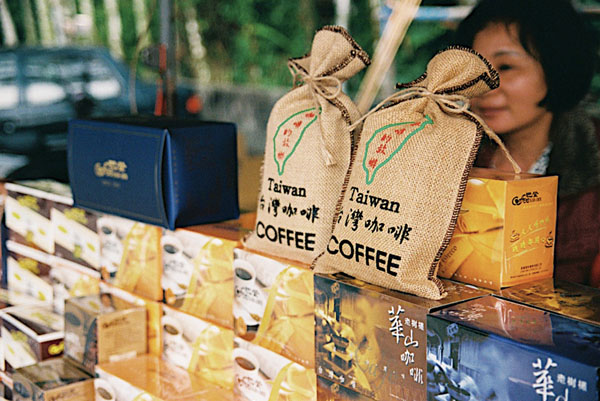 TAIPEI, Taiwan – Taiwan’s coffee culture has become a touchstone for quality across the Strait. Several baristas in Shanghai said they are familiar with coffee industry techniques used in Taiwan and that they had received training from Taiwanese professionals.

In authenticating craftsmanship and quality in the coffee world, competitions play an important role in helping industry professionals stand out, one Chinese barista told reporters, adding that Taiwan is often discussed enthusiastically among those in China’s coffee industry.

Taiwan is recognized for its long tradition in the industry and for the skills and experience of its professionals, the barista said.

The tendency of Taiwanese cafe owners to roast their own beans was eye-opening for residents, who were still used to thinking of Starbucks as the standard, Wang said.

Whenever coffee industry professionals in China gather together and talk about getting into the industry, they inevitably bring up their training at the hands of Taiwanese industry leaders, the barista said, citing world roasting champion Jake Hu, latte art champion Van Lin and coffee grading master Huang Chun-hau.

These individuals run cafes, coffee production and distribution companies or training courses in Shanghai, the barista said, adding that their engagement with the industry has made them influential.

Lin, who first began conducting training seminars in China in 2005, said that many of her former students have gone on to run their own coffee shops.

Taiwan’s first foray into China’s coffee market was with the 1997 introduction of Ueshima Coffee Lounge, which introduced the concept of serving coffee and breakfast together to the Chinese. The chain later changed its name to Two Coasts Coffee and continued to expand.

Young people now regard chain stores, such as Ueshima, as obsolete, the barista said.

Instead, they look for inspiration in the many independent coffee shops in Taipei that reflect their dreams of running their own unique outlets.

Wang Xiaofeng said he has never been to Taipei, but knows that the city’s small coffee shops have good sources for green coffee beans.

He said he talks to Taiwanese roasters in Shanghai to learn what he can about Taipei’s high-quality cafes.

Taiwan’s interest in coffee developed through the influence of Japan during the colonial period. Taiwan later developed its own unique coffee culture that has received international recognition.