TAIWAN – A call for brand identity for Guoshing coffee 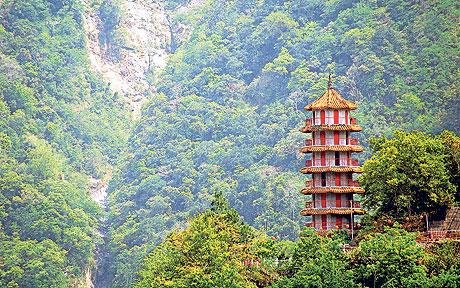 TAIPEI – Coffee farmers in GuoshingTownship, NantouCounty, have been pushing to have their own brand, with locally grown coffee catching on with consumers and contest judges alike.

The recent decision by the government to approve a mark of origin for coffee from Guoshing was a dream come true for the farmers, who had earlier complained about their products being packaged as the specialty of better-known coffee-growing areas in Taiwan.

The township became the first coffee-growing region in Taiwan to own a mark of origin, after the Ministry of Economic Affairs approved the sign reading“Guoshing Coffee”in June following six months of review.

The sign features a green mountain to signify the area’s mountainous topography, a brown bridge representing a historic site in the town, and a coffee bean in the upper-right corner.

The mark of origin is expected to give Guoshing coffee better market appeal, which will push prices higher and improve sales for farmers, said township Mayor Lin Fu-feng, during a meeting with coffee growers on Tuesday.

The township office unveiled the mark of origin that same day.

However, coffee growers will be subject to stringent checks on quality, pesticide residue, and coffee cupping procedures before being allowed to place the mark on their products, Lin said.

The county government, Guoshing township office, and local coffee growers last year launched an initiative to establish a brand for their coffee to better market and add value to their products, which have grown in scale over the decade but lacked branding.

Farmers there used to complain that their products were being packaged as those from GukengTownship, YunlinCounty, a famous coffee-growing area in Taiwan.

Coffee growers in Guoshing have successfully picked themselves up from a devastating earthquake on Sept. 21, 1999, and turned swathes of beetle nut trees in the mountains, believed to lead to soil erosion, into a coffee-growing paradise.

A majority of Guoshing coffee is grown in mountainous areas, at an altitude of between 300 meters and 1,170 meters above the sea level.

Farmers there insist on handpicking their fruits and not using pesticides and chemical fertilizers.

The township has expanded its areas for growing coffee over the past decade. The township is now home to 150 hectares of coffee plantation, the largest among all townships in Taiwan. It added 8,700 coffee trees this year.

Source: CAN – By Lin Heng-li and Scully Hsiao