SWEDEN – Löfbergs continues to grow in the capsule area 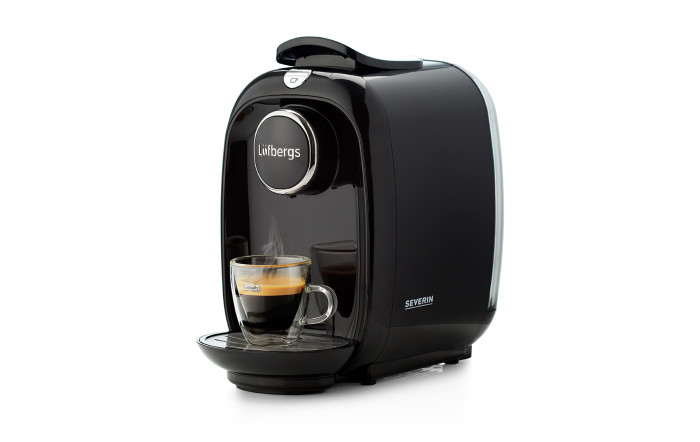 For several years, Löfbergs has had higher growth rate when it comes to capsules than the Swedish market as whole, a trend that continues. The market has increased with 24% for the last twelve months. Löfbergs has grown about four times as much: 111%*. The family-owned coffee roaster is now launching four new capsule machines to give even more impetus to its growth.

– Our growth shows that we are doing well against the big multinational players. With new elegant machines, we can reach out to even more coffee lovers, says Kent Pettersson, sales manager at Löfbergs.
Both espresso and filter coffee

The four new models are suitable with the Caffitaly System, one of the world’s biggest capsule concepts. All machines in Löfbergs’s assortment brew with two different pressures. It is easily done by just pushing the button when you want to brew a good cup of espresso, lungo, cappuccino, filter coffee, hot chocolate or tea.

– Simplicity is one of the greatest advantages, and we know that many appreciate our wide assortment of hot beverages – it gives us a competitive advantage. You will have more use of your capsule machine, says Kent Pettersson.

Hope to beat new records
According to statistics from Gfk, approximately 20% of the Swedish households have a capsule machine. This is three times more than compared to two years ago. At Löfbergs, it has been noticed that the interest for capsule machines is growing even among restaurants and cafés. The company is now preparing for continuous growth.

– Last year was a fantastic year for capsules. We sold more than 50.000 machines and closer to 12 million capsules. We have great prerequisites for further growth, especially considering our wide assortment and that we reach out to consumers through retail stores, white goods stores and web stores, says Kent Pettersson.