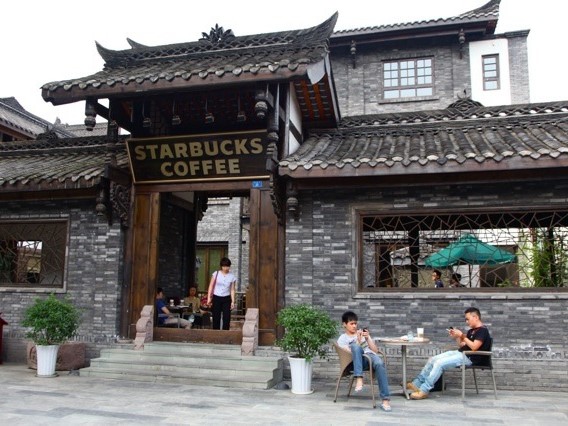 According to Allegra Strategies, China is the leading South East Asian coffee shop market, with an estimated 5,391 outlets and also displays the strongest percentage growth of 37% after adding 1,462 outlets in the last 12 months. The Chinese market is growing by the equivalent of four new branded coffee shop stores per day.

The second largest growth market is Indonesia, which expanded by 15% and is a dynamic market displaying excellent potential for development. Vietnam, although the smallest market by size, showed the third strongest percentage growth of 14%, albeit from a small base with just 230 branded coffee shops.

This locally driven market is defined by the strength of Vietnam’s national chains and is yet to see significant numbers of international branded chains demonstrate strong growth.

With 2,775 outlets, Thailand is the second largest market by number of stores, led by Thai chain Café Amazon with 1,130 stores. The Thai market as a whole grew by 7%, adding 168 outlets during 2015. The third largest market by size is Taiwan, with 1,730 branded chain outlets and growth of 5% since 2014.

Starbucks is now present in 16 countries across the China/Asia Pacific region and expanding at a rapid rate. Starbucks is present in each of the nine Asian countries covered in the report, is market leader in six (excluding Malaysia, Thailand and Vietnam) and is the key driver of growth in five.

With 22% of the total South East Asian market share, Starbucks has 3,213 outlets across the nine featured countries. This includes more than 1,700 in China, its most developed market and the company aims to reach 3,000 by 2020. Taiwan has the second largest number of Starbucks, with 348 stores and Vietnam has the fewest, with 12.

Benefiting from the strength of the McDonald’s brand, McCafé has the second largest share of the market, with 1,517 outlets across all nine countries. Thai chain Café Amazon has 1,130 outlets in Thailand, making it the third largest chain in the region, with an 8% share of the market, but is yet to expand outside of its native country.

Korean chain Caffé Bene expanded quickly in SE Asia to reach 727 outlets, adding 394 in the last 12 months and planning to open a new store every eight hours in China. It is present in seven of the countries covered, with the exception of the Philippines and Hong Kong. Dunkin’ Donuts (500) has a strong presence across six of the markets, especially Thailand, appealing to Asian consumers’ desire for sweet products.

UK based Costa Coffee is the ninth largest chain in the region with 358 outlets across four markets (China, the Philippines, Singapore and Thailand), but is increasing its presence, particularly in China where it has 344 outlets.

The Coffee Bean and Tea Leaf (302) was one of the first coffee shop brands in Asia, entering Singapore and Malaysia at the same time as Starbucks. It is now present in eight of the nine countries, with the exception of Taiwan. The brand recently announced its partnership with South Korean retail conglomerate E-LAND and has re-entered the Chinese market after exiting two years ago.

Strong competition in South East Asia has made market conditions challenging. In Thailand for example, brands have to compete with Café Amazon, Starbucks and Dunkin’ Donuts, which are all firmly established in the Thai market.

Café culture in South East Asia is seen as aspirational and this is fuelling the sector, particularly among younger consumers who are influenced by international branded chains.

Consumers are now more knowledgeable about speciality and good quality coffee, which is also driving the sector alongside the development of a strong artisan coffee shop scene in key markets including Singapore, Malaysia, Taiwan and Thailand.

This market is less developed in Hong Kong, China, the Philippines and Indonesia but a third wave scene is emerging.

Beverage localisation is also important, with green tea lattes and Starbucks Asian dolce latte popular drinks with Asian consumers. However, consumers are also looking for the Western experience and this means that a Western beverage and food offering is essential for international chains.

The region’s hot climates mean that iced beverages are the most popular, with an 80:20 share of total beverage sales, except in Singapore where hot beverages are more popular due to the expat demographic.

Tropical flavours and seasonal drinks are enjoyed, e.g. operators will incorporate mango into drinks when it is in season. Asian consumers also prefer exceptionally sweet food and drink, which can be seen by Starbucks’ dose of 22ml of syrup in Asia compared with 4-5ml in the West.

Most Asian countries do not use fresh milk in their beverages. Traditional coffee drinks are usually made with condensed or evaporated milk, but espresso-based beverages will be made with fresh milk where available.

There will be some consolidation, with weaker brands closing more outlets as international chains become more dominant, but there are exciting growth opportunities for chains in brand-embracing markets such as Indonesia and Malaysia.