The study is the first to explore the effect of coffee drinking on the brain’s network in this level of detail1. The findings have helped to provide a mechanistic insight into some of the effects observed in existing research on coffee; including improved motor control, increased alertness and benefits to learning and memory1 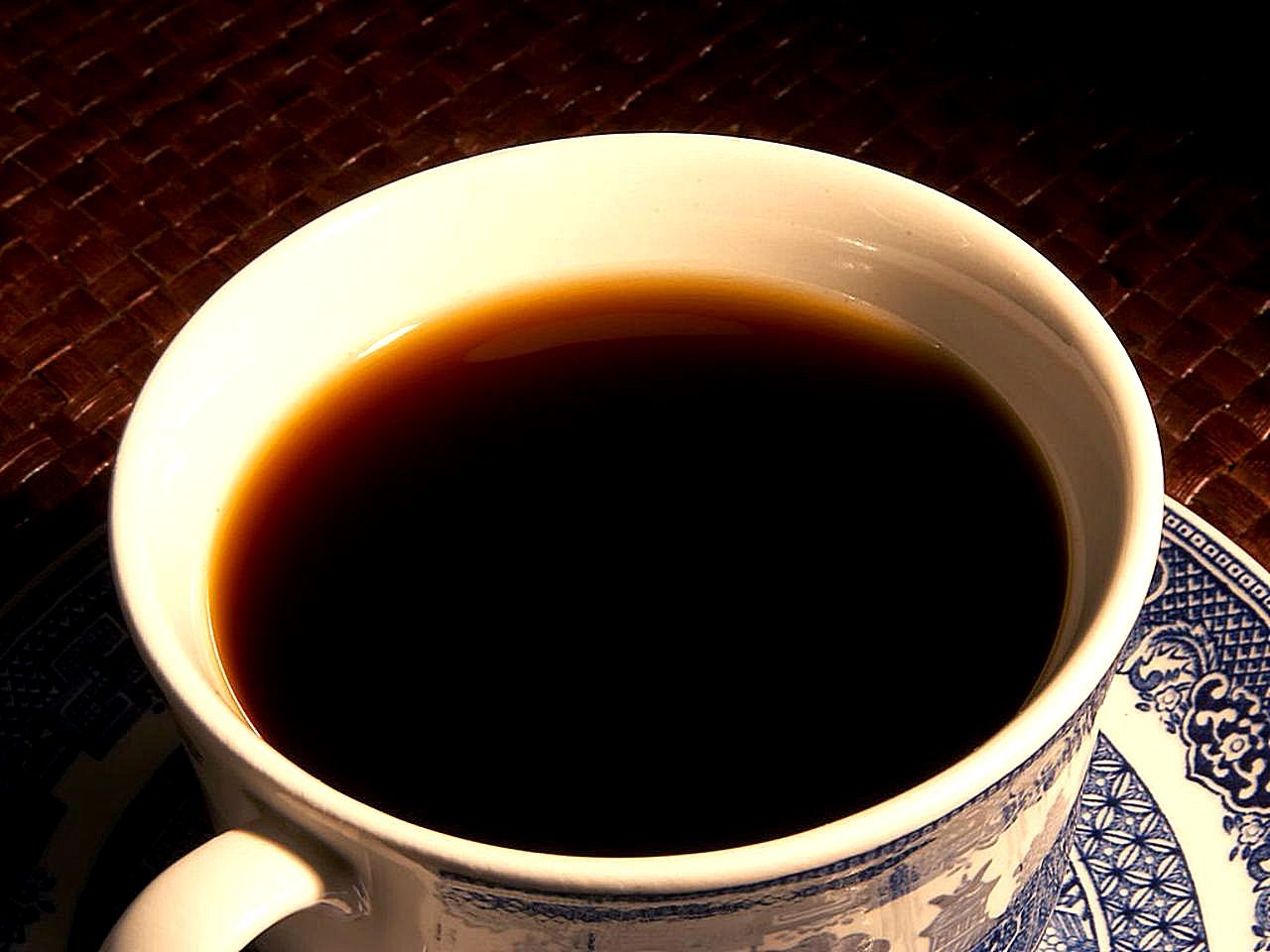 MILAN — A new study published in Molecular Psychiatry and sponsored by the Institute for Scientific Information on Coffee (ISIC), provides unique insights into the functional and connectivity changes that happen within the brain of regular coffee drinkers1. This includes findings that when at rest, regular coffee drinkers had a reduced degree of connectivity in two areas of the brain (known as the right precuneus and right insular), indicating effects such as improved motor control and alertness (helping them to be better able to react to a stimulus), in comparison to non-coffee drinkers1.

Further findings included an increase in dynamic activity observed in several cerebellar and sub-cortical areas of the brain among regular coffee drinkers, consistent with effects including a reduction in mind wandering, increases in attention, alertness and arousal, and enhanced learning and memory. Put simply, these changes imply an improved ability to focus. These areas of the brain include the cerebellum, striatum, thalamus, parahipocampus, and the lingual and inferior occipital gyri1.

Interestingly, the structural and connectivity differences observed among regular coffee drinkers in this research also occurred in non-coffee drinkers soon after they consumed a cup of coffee. This therefore indicates that coffee can impose these changes in a short time period, and that these effects are triggered by coffee1.

The research was conducted by a team led by Professor Nuno Sousa, of the School of Medicine, University of Minho, Portugal. The researchers used technology called functional magnetic resonance imaging (fMRI), to compare the connectivity and structure of the brain of 31 regular coffee drinkers (who drink coffee everyday) and 24 non-coffee drinkers; while at rest, while performing a task, and soon after consuming a cup of coffee1.

Professor Nuno Sousa, commented: “This is the first time that the effect of regular coffee drinking on the brain’s network has been studied in this level of detail. By using fMRI technology, we were able to observe the effect of coffee on the brain’s functional connectivity and structure, and the differences between regular coffee drinkers and non-coffee drinkers, in real-time. These findings have – at least in part – helped to provide a mechanistic insight for some of the effects observed in existing research on coffee; such as improved motor control, increased alertness, and benefits to learning and memory.”

The effect of caffeine and coffee on mental performance has been the subject of extensive research to date, with previous research demonstrating its effect in improving attention, alertness and arousal2,3, motor control4, and learning and memory5,6. These new findings add to the body of research in this area, providing insights into the structural changes behind these effects1.

Moderate coffee consumption can be defined as 3–5 cups per day, based on the European Food Safety Authority’s review of caffeine safety7. 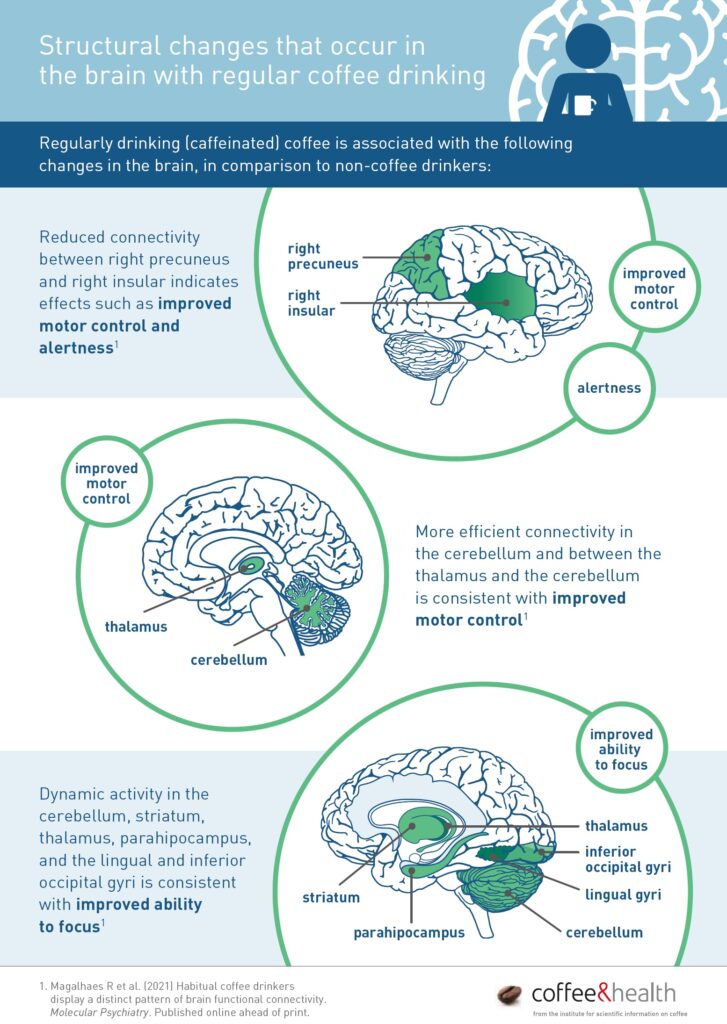 The Institute for Scientific Information on Coffee (ISIC) is a not-for-profit organization, established in 1990 and devoted to the study and disclosure of science related to “coffee and health.” Since 2003 ISIC also supports a pan-European education programme, working in partnership with national coffee associations in nine countries to convey current scientific knowledge on “coffee and health” to healthcare professionals.

ISIC respects scientific research ethics in all its activities. ISIC’s communications are based on sound science and rely on scientific studies derived from peer-reviewed scientific journals and other publications.