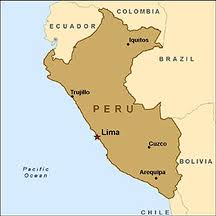 LIMA – Coffee exports from Peru are set to grow 10 percent to US$ 800 million this year driven by the rising price of coffee in international markets and the production volume recovery, the country’s Foreign Trade and Tourism Ministry (Mincetur) said Wednesday.

Magali Silva, Mincetur’s head, noted the Andean nation’s shipments of coffee amounted to US$700 million in 2013 compared to the US$ 1 billion mark reached a year earlier.

“This downward tren was due to the outbreak of leaf rust, a plant-eating fungus that has also affected crops in several Latin America countries,” the Peruvian minister said.

Likewise, Minister Silva pointed out shipments will recover since the rust has hit Brazil, thus creating a window of opportunities in Peru.

Moreover, the minister Peru will showcase its latest production of organic and specialty coffees to more than 9,000 visitors at the upcoming international fair of the  Specialty Coffee Association of America (SCAA).