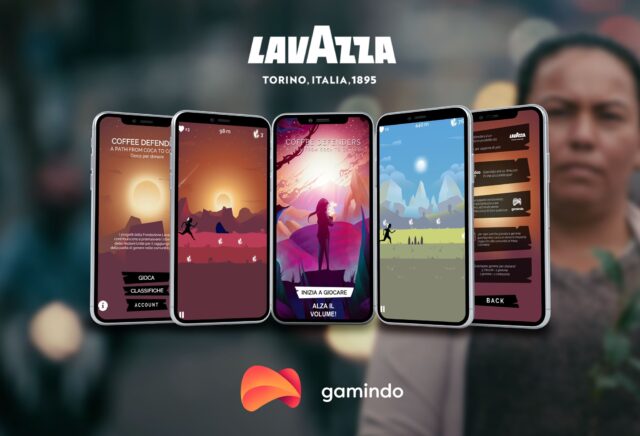 MILAN – Lavazza launches “Coffee Defenders, a Path from Coca to Coffee”, first advergame on the Gamindo platform, with the aim of raising funds to support the coffee-growing community in the Meta region of Colombia. The game is inspired by the documentary of the same name produced by the company and available on the Amazon Prime Video streaming platform in Italy, the US, and the UK.

The documentary tells the true story of Johana, a young Colombian woman who lost everything during the armed conflict with the FARC guerillas, but managed to take back control of her own life and that of her six children.

She was determined to continue to live in her community and to see coffee growing flourish again in the area.

The video game lets users earn gemstones, each of which contributes one-euro cent to the amount the Lavazza Foundation will send to Carcafè, its partner for a number of years now in a sustainable development project in the Meta region that supports small coffee farmers in the area.

The protagonist of the challenge in the advergame is a coffee plant, and like Johana in the “Coffee Defenders, a Path from Coca to Coffee” documentary, players have to carry the plant along a route that’s full of obstacles. In this way, the plant becomes a symbol of rebirth to take to a place where it will be kept safe forever, the Cartago Agricultural Center in Costa Rica.

“This advergame represents another chapter in the narrative that Lavazza began a few weeks ago with the launch of the docu-film ‘Coffee Defenders, a Path from Coca to Coffee,’” said Lorenzo Giorda, Lavazza Global Head of Digital Marketing. “The decision to start exploring the world of gaming with this new tool lets us on one hand try out new forms of direct user involvement and on the other introduce a young audience to the Lavazza Foundation’s work to improve the social and economic conditions of coffee-producing communities”.

In 2013, the Colombian government gave farming families in the Meta region, like Johana’s, the land previously used to grow illegal crops. The Lavazza Foundation has been active here for years with a sustainable development programme that has already improved the social and economic conditions of over one hundred of these families, helping them bring the coffee plantations back to life by planting over one million coffee bushes and training them to use good farming practices and techniques to fight the effects of climate change.

“Coffee Defenders, a path from coca to coffee” forms part of Lavazza’s “Coffee Defenders” project, an initiative that draws inspiration from the stories of coffee produce who have benefited from the projects promoted by the Foundation and aims to raise awareness about sustainability in the “coffee community”, made up of people who love an agricultural product that is particularly vulnerable to the effects of climate change.

Innovation and sustainability: Lavazza partners with Italy at Expo 2020 Dubai