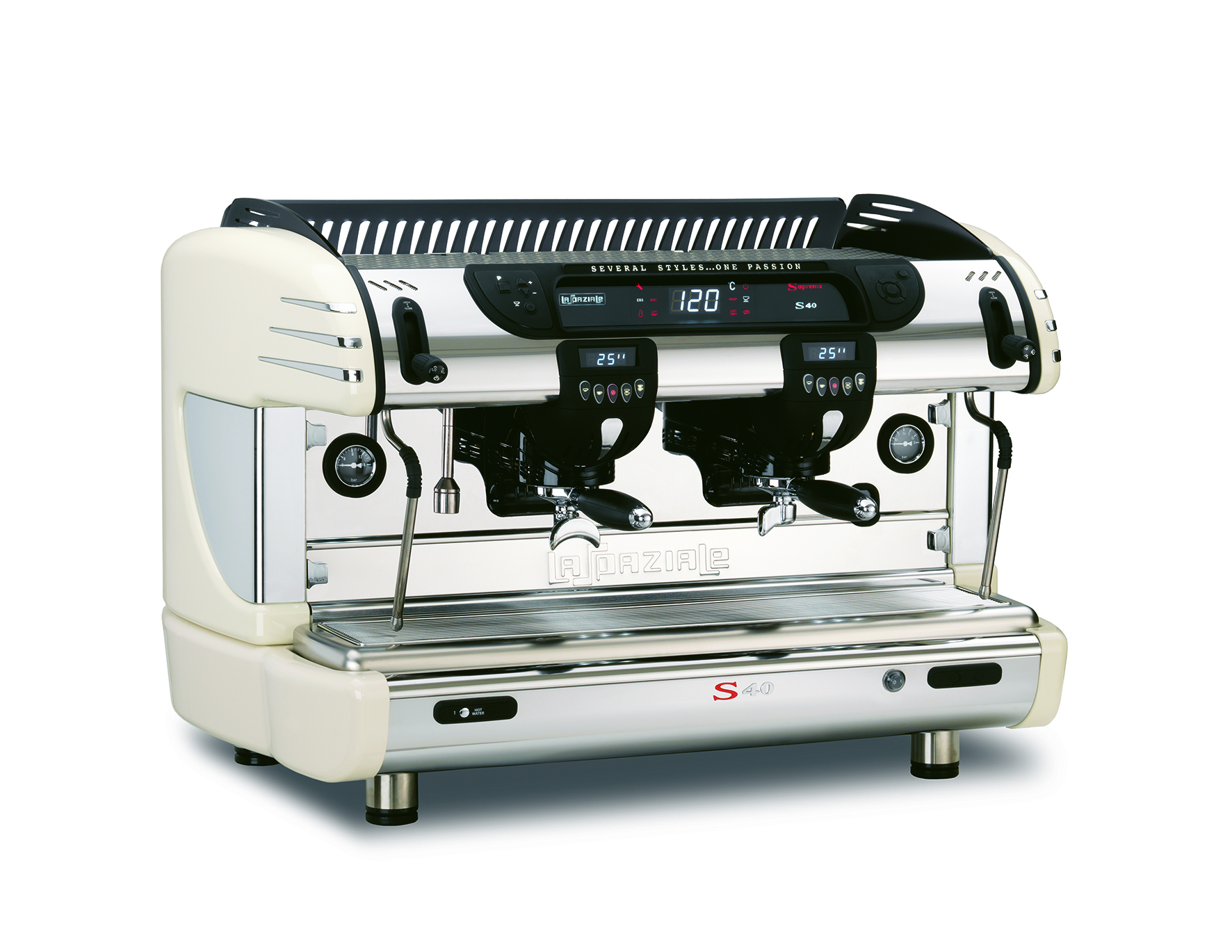 The participation of La Spaziale at Host – pav. 15 Stand H40 H 48 L39 L47 – falls within the first quarter of life of the new S40 Suprema. A really impressive and successful launch for the company.

Milano thus becomes the adopted city of the coffee machine S40 Suprema (in the picture). It was presented as preview at TuttoFood, right at the opening of Expo 2015; La Spaziale S40 Suprema now comes back to Milan for Host 2015. Here the Bolognaise company plans to make it available for everyone at their stand.

As a result for this, at Host 2015, S40 Suprema will also be installed at the stands of more than 15 companies in the industry.

S40 Suprema combines the charming design of the top range with the practicality and functionality wanted by roasters, baristas and technicians.

We have planned to develop a more accessible product and easier to handle, but maintaining the aesthetics of the S40 Seletron, recognized as the best solution proposed by the company.

The technical features and the immediate programming grant an accurate control of coffee extraction for an optimal and consistent result in the cup, while making the performance of the S40 Suprema quite advantageous for the work of baristas and technicians.

The S40 coffee machines displayed and installed at HOST 2015 will also be equipped with stainless steel cool touch steam wands, as per latest generation technology which grants solidity, simplicity of use and utmost safety for the barista.

The ergonomic cool touch system thus ensures the thermal insulation of the steam wands, avoiding any burn risk both during milk steaming and during cleaning procedures.

As all LA SPAZIALE espresso coffee machines, even the new S40 SUPREMA is produced with lead free materials (CW 510 L and CW 509 L brass) and with components in contact with water subject to particular patented galvanic treatments which do not allow heavy metal migration.

La Spaziale has now been using these materials and treatments since 2013.

La Spaziale, in fact, has been among the first companies in the industry to comply with the norms coming into force in the last few years with regards to heavy metal release into the water meant for hot beverage preparation.

The application of the above mentioned technical solutions is the result of several years of research and cooperation with the best national and international institutes and labs which have allowed us to obtain the compliance of the products on such delicate and current topic whose sole purpose is to protect the consumer health.
www.laspaziale.com