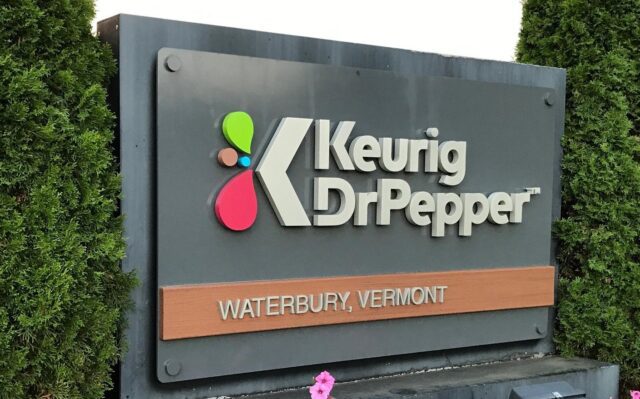 BURLINGTON, Mass. and PLANO, Texas, U.S. — Keurig Dr Pepper (NASDAQ: KDP) (the “Company” or “KDP”) announced today the pricing of its previously-announced registered public secondary offering of 60 million shares, or approximately 4.3%, of the Company’s outstanding common stock, at a price to the public of $28.45 per share. All of the shares have been offered by Maple Holdings B.V. (“Maple”) and Mondelēz International. Maple is a holding company majority-owned by JAB Holdings B.V. (“JAB”).

Goldman Sachs & Co. LLC and Morgan Stanley & Co. LLC are acting as the underwriters for the offering.

The offering will be made only by means of an effective registration statement and a prospectus. Copies of the preliminary prospectus supplement and the accompanying prospectus relating to the proposed offering may be obtained from: Goldman Sachs & Co. LLC, Prospectus Department, 200 West Street, New York, New York 10282, telephone: 1-866-471-2526, facsimile: 212-902-9316 or by emailing [email protected] Morgan Stanley & Co. LLC at 180 Varick Street, 2nd Floor, New York, New York 10014, Attention: Prospectus Department.

Copies of the preliminary prospectus supplement and the related prospectus may also be obtained free of charge from the website of the U.S. Securities and Exchange Commission (the “SEC”) at http://www.sec.gov.