GRAND DUCHY OF LUXEMBOURG — IVS Group SA (the “Company”), the leading Italian player and second in Europe in the management of vending machines, announces that the Board of Directors has approved the issuance and offering up to a maximum of €300,000,000 aggregate principal amount of fixed-rate senior unsecured notes (the “Notes” and the offering of the Notes the “Offering”) to be listed on the Mercato Telematico delle Obbligazioni (“MOT”), organized and managed by Borsa Italiana S.p.A. (“Borsa Italiana”).

The Notes will be offered for subscription, through the MOT platform, to qualified investors and the general public in Luxembourg and Italy. The Company anticipates that the Offering will occur between the end of September to early-October.

The Company has also filed on 11 September 2019 an application to list the Notes on MOT with Borsa Italiana and has filed the prospectus relating to the Notes (the “Prospectus”) with the Commission de Surveillance du Secteur Financier of the Grand Duchy of Luxembourg (the “CSSF”).

The Company has requested that, following approval of the Prospectus, the CSSF provide the Commissione Nazionale per le Società e la Borsa with a certificate and notification that the Prospectus has been approved and may be used to offer the Notes to the general public in Italy and Luxembourg.

The Board of Directors has resolved that the Notes will bear interest at a fixed rate not less than 3%, to be paid annually in arrear and will mature on the seventh anniversary of the issue date of the Notes.

From the date hereof and prior to the date of the Existing Notes Redemption, IVS Group S.A., or one of its subsidiaries or affiliates, may acquire Existing Notes through open market purchases, privately negotiated transactions, tender offers, exchange offers, redemptions or otherwise. Any such acquisitions will be made at such prices and upon such terms as the Company may determine, or as may be provided for in the Existing Notes Trust Deed.

Equita S.I.M. S.p.A. will act as lead manager and intermediary appointed by the Company to offer and display the Notes for sale on the MOT during the period of the Offering and as specialist following the start of the trading of the Notes on MOT. 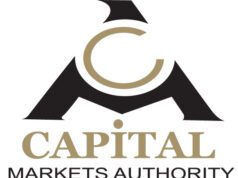