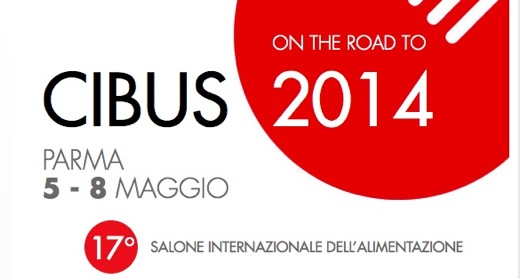 PARMA – The 17th edition of Cibus, the international food fair held in Parma May 5-8, 2014, ended with record figures.

“A success we have hoped and worked for – commented Elda Ghiretti, Cibus Brand Manager – since we had prepared this edition thoroughly.

The presence of more foreign buyers, for instance, is the result of Cibus Market Check (initiative involving Italian food companies travelling abroad to meet foreign distributors) and of our cooperation with other international food fairs. The strategy aimed at the export market has been an exclusive Cibus initiative.

We also invested a considerable amount to ensure the presence of key international buyers.”

Cibus took place in a favourable moment for the Italian food sector, that saw a slight recovery in internal demand in the first months of 2014, combined with an overall optimism in the country and great expectations for the upcoming EXPO2015 (World’s Fair to be held in Milan in 2015).

Italian food companies will take part to EXPO2015 thanks to the 7000 m2 large exhibition hall “Federalimentare4Expo” sponsored by Federalimentare and Fiere di Parma.

“The Italian food sector is very fond of Cibus and of our EXPO initiative – stated Antonio Cellie, CEO at Fiere di Parma – the growth of exhibitors and visitors, the internationalisation trend and high quality of the fair, together with the presence of the Italian minister Martina and deputy minister Calenda, confirmed our role.

We are the reference platform for marketing of food made in Italy and its developments worldwide.”

The message coming from the 17th edition of Cibus is clear: the recovery in the Italian market is possible (as seen during the launch of hundreds of new products) as it is possible to invest more in export activities.

A research presented during Cibus showed that, potentially, the Italian export market can grow from 26 to 70 billion EUR in the next ten years. Financial and governmental support to Italian companies and the fight against counterfeiting abroad will be key to ensure sustainable results.

Both the Italian Minister of Agricultural Politics, Maurizio Martina, and the Deputy Minister of Economic Development, Carlo Calenda, committed to support these initiatives.