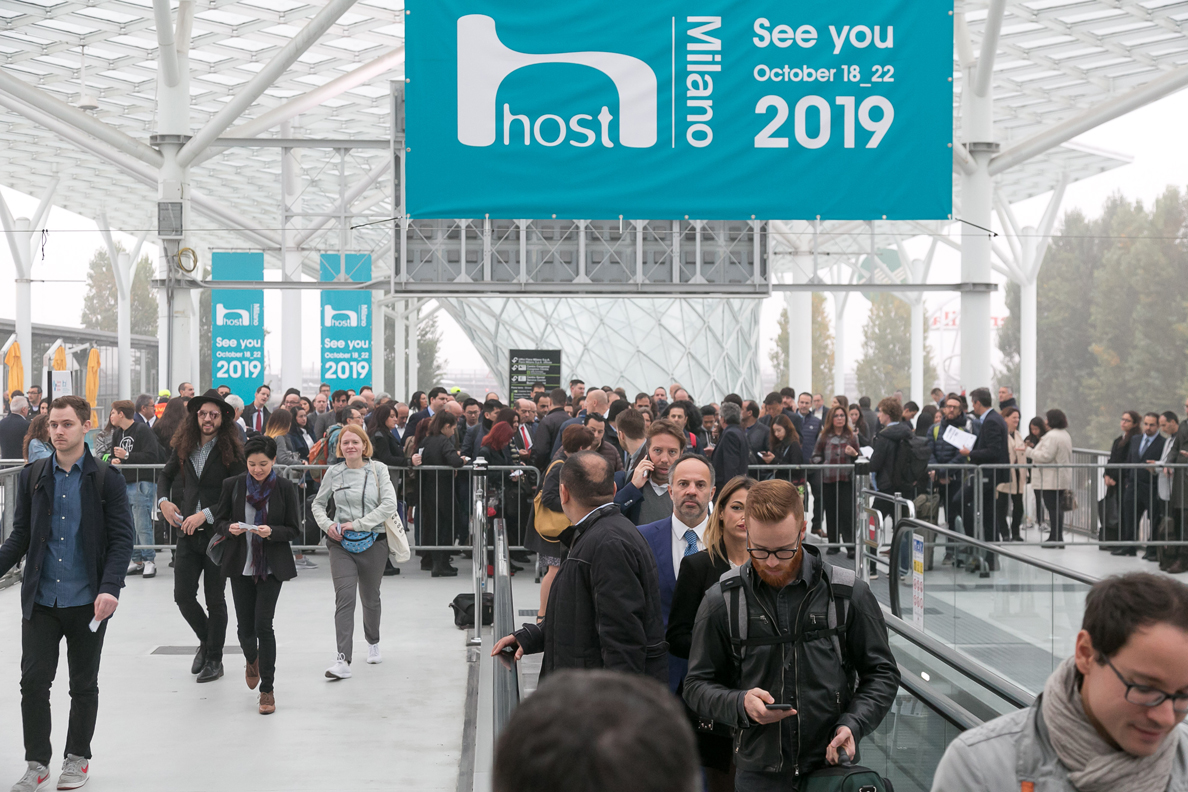 MILAN, Italy — When it comes to baking, Made in Italy wins everywhere, in Italy and abroad. It’s proven by both the figures – those for the bread, biscuit and pasty appliance and oven industry and those for the use of typical Italian raw materials such as flour – and market trends.

The entire Italian food-cuisine chain has become something to imitate, able to combine different elements such as semi-finished and raw materials, equipment and professionals, design and know-how. Just like at HostMilano, once again the distinguished observatory for all the various catering industries, able to be the first to seize and study trends.

Mechanics and baking: production and exports continue to grow

Inseparable from the Italian way of life, year after year, the Bread, Pasta and Pizza world has become a success story even concerning figures on industrial mechanics.

According to ANIMA-Assofoodtec data, in fact, the bread, biscuit and pastry appliance and oven industry posted 4.4% production growth and 4.1% growth in exports in 2017, while confectionery industry production grew by 5.5% with a 5% increase in exports (which absorbs almost all production and mainly targets the American continent with USA, Canada and Argentina leading the way).

But that’s not all because a 3% growth in production and 2% growth in exports is forecast for 2018.

Figures basically in line with those for bread, biscuit and pastry appliances and ovens which are expected to increase in terms of both production (+2.4%) and exports (+1.5%), the later with special focus on Africa.

As for raw materials, according to Host Observatory indications, production increased by about 49,000 tonnes in 2017 over the previous year, with a volume of about 11 million tonnes and sales estimated at 3,467 billion Euro.

Mainly due to pizza consumption growth, about 150 thousand tonnes of wheat flour cross the national borders each year mainly headed for the United States, France and Great Britain, with sales over 80 million Euro.

Italian Lifestyle is a success abroad, from raw materials to restaurant formats

Italian food is not enough to satisfy foreigners: they want the full “Italian experience”; and the use of certain ingredients, first and foremost flour, and appliances have become a key component in the Italian lifestyle.

The Host Observatory has stated that even in the baking appliance and accessory production field (where Italy is the third largest exporter in the world), winning trends are all of an experiential nature.

This is why abroad, especially in the more dynamic markets such as the Middle East, Made in Italy has become an all-inclusive chain, where specialities are made with Italian ingredients, appliances and – often – professionals.

Thus, if more and more restaurants that offer both bakery and gastronomy in the pursuit of a more obvious contamination are opening to meet the changing tastes of consumers in Italy, “Italian” chains are multiplying abroad, even if not managed by our compatriots nor truly under Italian names.

Raw materials, which almost everywhere are characterised by a renewed focus on food quality since products must be fresh, health, sustainable and with an accountable chain, are another story. Just like one of the stars of the third millennium great baking evolution, pizza; the world’s Made in Italy food icon, also made abroad with Italian flour, often 100% natural, without added enzymes and gluten, but with a special focus pizza making exhibitionism.

For this reason, confirmed by the workers interviewed for the Host Observatory, the need for advanced technologies to make different types of pizza has increased in the oven world; the same can be said for the bakery world, aided by increased supply, demand has shifted towards ovens such as rotary, racks, both traditional and electric, both average sized, and modular.

Without mentioning the other sky-rocketing demand for energy savings, to be achieved with alternatively powered ovens such as those by pellet.

An era when the baking world changes its look faster than ever, the fieramilano event is still the only one where you can remain up to date on all current market innovations and trendsalso thanks to the leading Italian and foreign exhibitors plus the most qualified hosted buyers.

The figures for an edition like last October’s, that beat every record, prove it. Over 720 companies filling the six event pavilions dedicated to the Professional Catering macro areas with, above all, higher growth in the Bread, Pizza and Pasta sector over the last two years.

Among these, Made in Italy was not the only one to take the lion’s share since there were more foreign exhibitors attending than in previous editions. The countries with the most representatives in the 2017 editions were Germany, Spain, France, the United States, Northern Europe with the Netherlands and Great Britain.

And to once again prove to be an indispensable event from the baking training and event offer standpoint, Host will also host the Italian Pizza and Pasta and Italian Pizza Maker School 2019 European Pizza Championships.

A great chance to discover traditional recipes and innovation concerning Italy’s most recognisable dish, appreciated the world over, in all its adaptations.