LONDON, UK – The ICCO Expert Working Group on Stocks (EWGS) met on Thursday 28 January 2016, to review the level of world cocoa bean stocks. The EWGS is composed of experts in the cocoa field who meet once a year, at the invitation of the ICCO, to review and analyse the results of the ICCO’s annual survey of cocoa stocks held in warehouses worldwide.

The survey is conducted every year since 2000 and aims to improve transparency in the cocoa market.

The result of the latest survey showed that world cocoa bean stocks rose to 1.505 million tonnes as at the end of the 2014/2015 cocoa year (30 September 2015), representing stock levels at 3,000 tonnes higher than the previous year.

This result appeared to show a smaller supply surplus than the one published by the ICCO in November 2015 in its latest Quarterly Bulletin of Cocoa Statistics (QBCS), estimated at 36,000 tonnes for the 2014/15 season. 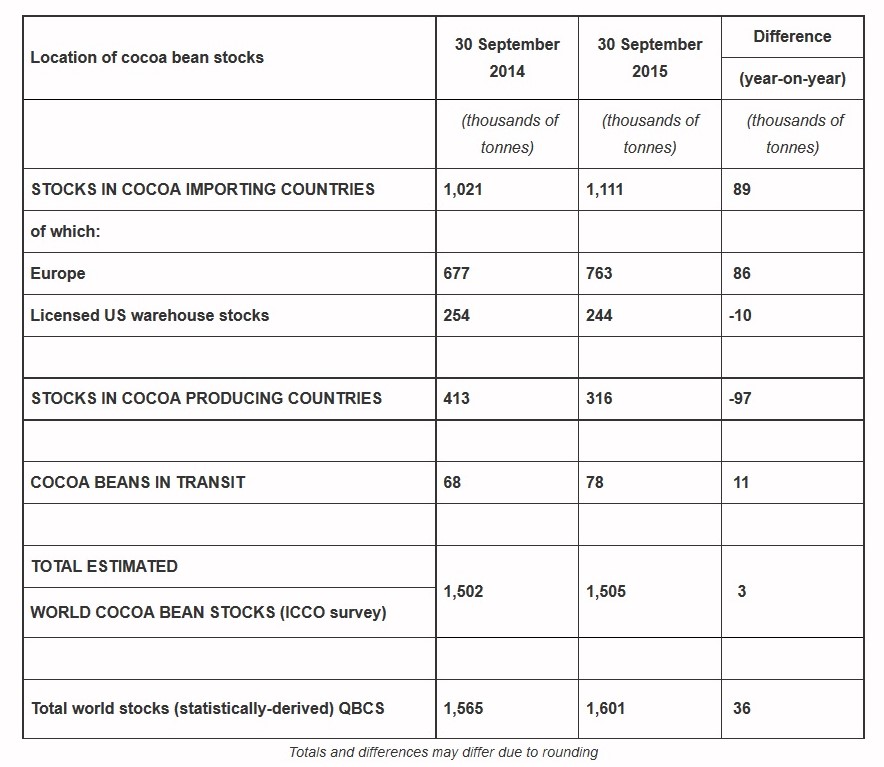 The EWGS would like to note that caution should be exercised in the interpretation of the difference between the results of the survey and the statistically derived stocks.

The ICCO Secretariat maintains, so far, its supply surplus estimate of 36,000 tonnes for 2014/15 as published in its latest QBCS, and to be revised only in its next Bulletin due at the end of February 2016, taking into account the outcome of this survey.