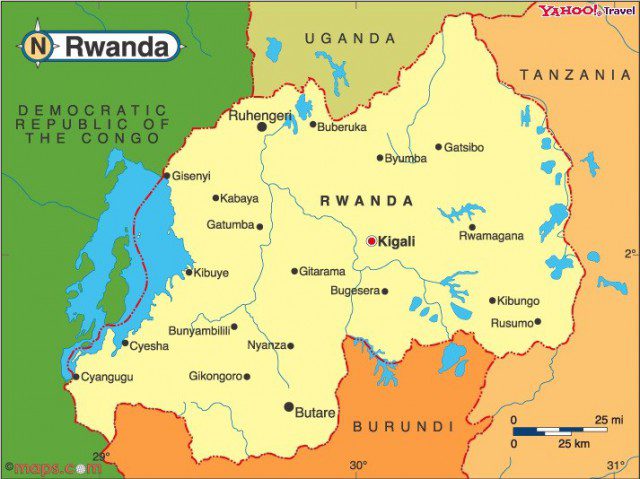 In Rwanda, more than three-quarters of the country’s labor force works in agriculture and coffee is a key crop that generates a significant share of export earnings. But a decade ago, after years of minimal upkeep, the country’s coffee industry was showing its age.

Individual farm yields were insufficient to support many small family farmers and industry was not reaching its full potential.

In 2009, Rwanda Trading Company (RTC) committed to modernizing the country’s coffee sector by upgrading a coffee mill in Kigali and providing training to thousands of rural farmers. RTC, a subsidiary of the U.S. company Westrock Coffee, used political risk insurance from the Overseas Private Investment Corporation (OPIC) to protect against risks such as expropriation and political violence.

To date, more than 31,000 local farmers have enrolled in or have already graduated from the company’s training program and RTC has formed partnerships with some 87,000 farmers throughout the country.

On average, farmers who completed this training have increased their yields by 149 percent.

And the quality of coffee produced has also improved. While Rwanda had long been known for a mid-quality brand of coffee known as “Rwanda Ordinary,” today the majority of coffee the country produces is a quality specialty blend that generates a higher price for farmers. RTC exports approximately 25 percent of the country’s specialty production to hundreds of retailers and roasters worldwide including Starbucks, Peet’s, Blue Bottle, and Stumptown.

What were the key challenges facing the coffee sector when RTC first began its work?

Likely the greatest challenge was the lack of transparency throughout the supply chain. There was no real price discovery available to the producers and no one could tell you what the real cost of producing coffee was. Farmers were paid a low price without knowing what was really taking place after their point of sale. There were only a couple of major coffee exporters in Rwanda at that time, so farmers did not have the ability to make any demands or push for a better price.

Explain how RTC made helped improve the quantity and quality of the coffee produced?

The bulk of export coffee at the time was a home-processed, commodity grade coffee that was being sold on a negative differential to the New York commodity market. Encouraging washed coffee at local wet-mills allowed much of this coffee to shift into the specialty category, which sold for at least 20 cents more per pound. RTC provided financing to wet-mill owners and acquired a few bankrupt wet-mills around the country while offering aggressive purchase prices, price-risk management and bonuses to those who were delivering high quality coffee cherries. And we invested in farmer training.

How was OPIC’s support instrumental to the success of this project?

RTC has put a significant amount of capital to work in a region of the world where things can sometimes be unpredictable. Having OPIC support, by way of political risk insurance, has given us the added assurances that allows us to continue to expand the number of farmers we do business with and provide them high quality agronomy training.

“There are approximately 350,000 households in Rwanda that rely on coffee as the main source of income and it is the highest earning export crop of the country. The increase in yields and income have given new opportunities to these families”

What does coffee mean to the typical Rwandan farmer and how have increased earnings helped improve the quality of life for these farmers?

There are approximately 350,000 households in Rwanda that rely on coffee as the main source of income and it is the highest earning export crop of the country. The increase in yields and income have given new opportunities to families that were once at risk of being jeopardized by a volatile commodity market or a slight change in the weather. Healthier farms mean they can, quite literally, weather the storm better.

More income means that these families have savings, can pay their bills throughout the year, send their kids to school, and invest in a higher quality of life.

One good example of this was a small farmer group in a rural part of southwest Rwanda. After implementing the trainings on their farm, they improved efficiencies and increased yields.

These farmers organized a savings group to pool their extra income and after about six months, they had enough cash to hire a technician to connect their neighborhood to the electricity grid. Adding electricity added extra hours of productivity added to their day. For the first time they had lights in their homes and local shops. New businesses opened and existing businesses could stay open longer.

We have countless stories like this where a little support provided at the farm level can provide a great impact on the quality of life for an entire community.

This piece was also published on How We Made It in Africa.