HostMilano throws spotlight on professional hospitality, a sector worth over €5.4b 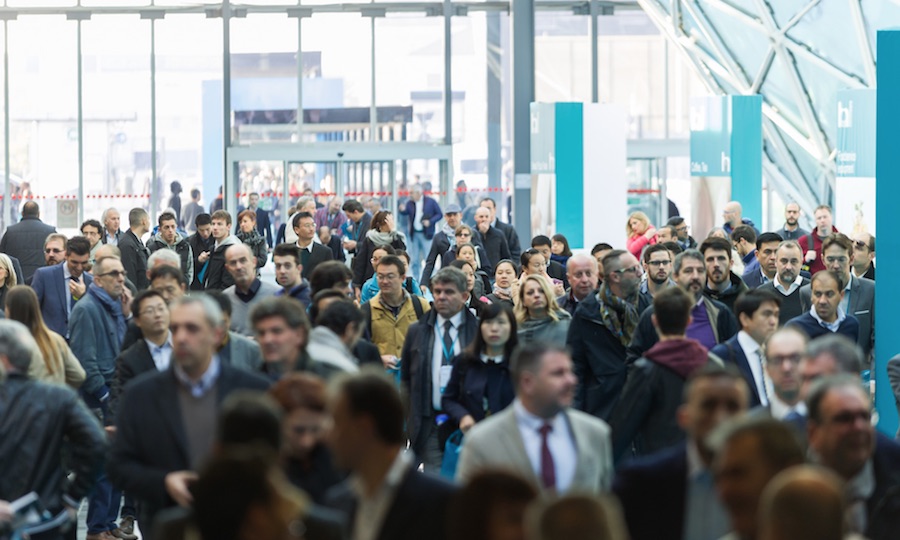 MILAN, Italy – More than 5.4 billion euros of turnover, of which about 3.6 billion thanks to exports, for a sector that employs 23 thousand people: these are just some of the numbers compiled by Anima-Assofoodtec, the trade association representing the world of food technologies and equipment in Italy.

A macro-sector, diversified across numerous industries, which plays a key role in the manufacture of many countries. According to an analysis by Export Planning of data from the Ulisse Information System, the food service equipment market was worth 54.8 billion Euros worldwide in 2018.

And it is complemented by another sector growing rapidly in the international trade, that of contract – furniture and complements – which, a study by HTF Market Intelligence shows, reaches a turnover of more than 15 billion dollars in advanced markets alone, forecast to exceed 22 billion by 2022.

This is the universe of products and services for professional hospitality, staged at HostMilano, fieramilano (Rho) until Tuesday 22 October

At a time when the global economy shows growing signs of a slowdown, the merchandise categories represented at HostMilano continue to show particularly positive dynamics, especially in exports, as emerges from the Ulisse data.

Over the last decade (2009-2018), the worldwide Food Service Equipment trade increased by an average 6% a year, while exchanges in Furniture and Tableware increased by almost 5%. The trade of Coffee – Coffee Machines – Vending has recorded an average annual growth of 8% and the Gelato and Pastry sector has marked increases of more than 4%. Prospects are also encouraging for the medium term.

In 2019-2022, the global Food Service Equipment trade is expected to growa further +5.2%, with Furniture and Tableware rising +4.8%. The Coffee-Coffee Machines-Vending sector will witness an increase of +6.4% and Gelato and Pastry will grow by +3.9%.

In addition to traditional markets, such as Europe, Japan and North America, the areas with the greatest potential for growth in the 2022 scenario include China, Russia and the Gulf Countries, while South East Asia, Oceania (Australia and New Zealand) and new entries such as Mexico and Chile stand out.

According to 2018 data supplied by Ulisse, China, Germany and Italy are the countries featuring most frequently in the top three positions across the various sectors, with some competitors, such as Poland in the furniture sector (second exporter with 8.6 billion Euros), Switzerland for coffee machines (third with 2.5 billion) and the Netherlands for gelato and pastry equipment (third with 213 million Euros).

Italy is the fourth largest exporter in the Furniture and Tableware sector, with 7.1 billion Euros, and is the undisputed leader in Gelato and Pastry exports thanks to a value reaching 719 million Euro, way ahead of Germany, the second largest exporter, with an export share of 214 million Euros.

A gap that is narrowed in exports of coffee machines, where Germany and Italy are on a par, with a value of 2.7 billion and 2.6 billion respectively, in a market which is globally worth 17 billion Euros and could grow 6.4% between now and 2022.

There’s no lack of curious pieces of information among the Assofoodtec data on importing countries, with some reaching three-figure increases in 2018. In the segment of machines and ovens for bread, biscuits, pastries and pizza, imports from Italy alone increased 238% towards Iran (from 3.6 to 12.1 million Euros) and by 150% towards Romania (from 5.9 to 14.7 million). Even better, in the pasta machines and systems segment imports to Brazil recorded a +446% increase (from 1.2 to 6.5 million Euros) and those to Egypt were up +422% (from 0.8 to 4.2).

In Italy, records in absolute terms include the Refrigeration Equipment, whose turnover has been steadily above the one-billion-Euro threshold since 2017, with a peak of 1,090 million expected in 2019, 61% of which thanks to exports. As to the export-to-total ratio, the record belongs to the confectionery machinery sector where sales abroad account for as much as 93%, 139 million Euros out of 150.

The products and services for professional hospitality, out-of-home and retail on show at HostMilano prove to be a factor of systemic value and a driver for the entire economy, particularly because they are closely linked to sectors that are enjoying a considerable expansion.

That’s the case for tourism which, according to data supplied by UNWTO, exceeded the barrier of 1.4 billion international travellers in 2018, thanks to a growth of +6%, with an expenditure of 41.7 billion Euros in Italy alone. Or the out-of-home market, which is worth more than600 billion dollars in the USA alone (source: USDA) and 83 billion Euros in Italy, 36% of all food consumption (source: FIPE).