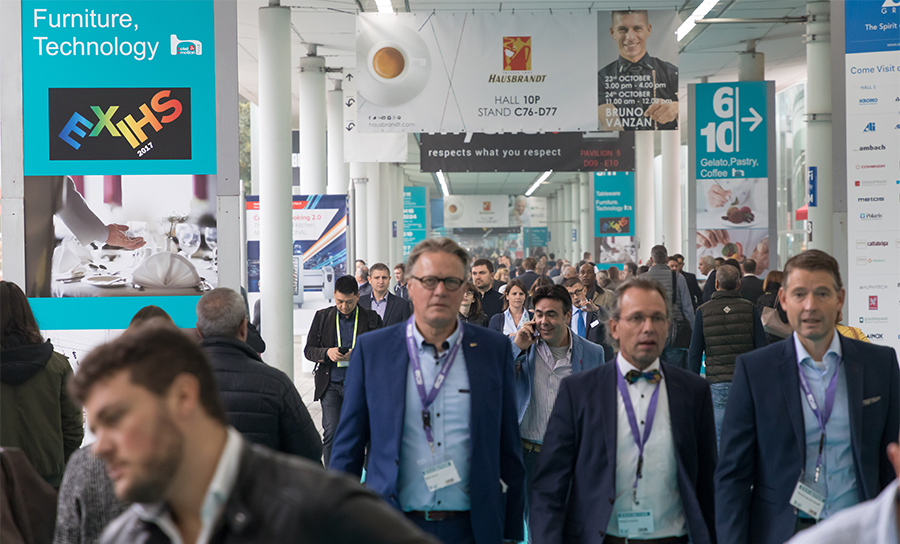 MILAN, Italy– After five days of intense networking submerged in the latest trends and business, fieramilano sees the end of HostMilano, the leading world exhibition for hospitality, in all its different shapes and forms.

As well as the European countries, China, the US and the Russian and Middle Eastern areas ranked among those generating the highest visitor flows.

The crowd in attendance was mostly composed of purchasing managers and company decision-makers, notably including over 1,500 hosted buyers with specifically chosen profiles from all over the world, some of whom had been found and selected thanks to the close collaboration with ITA-ICE Agenzia.

“Host is a success story that is almost unique in the international world of exhibitions and events – comments Fabrizio Curci, CEO and Director General of Fiera Milano Spa – With an increment of 24.3% in the number of professional visitors, Host confirms its status as a true world hub of the hospitality macro-sector, the place where its chains meet to mould the trends of tomorrow and to do business and networking.

In particular, the flows of foreign visitors are growing in double figures, reaching an increment of 20.4%: decision-makers and buyers are also arriving from countries that are further away, eager not to miss the event.”

“Thanks also to the charm and allure of Italian style, – continues Curci– every two years Host confirms Milan as the world capital of the various aspects of ‘glamour’ away from home. In this sense, we have been particularly impressed by the ever-increasing commitment of the exhibitors to contextualising their product with true storytelling techniques, often of spellbinding appeal. An ability that is internationally attributed to Italy and reinforces the value of Italian products as a fundamental asset, in a sector in which our industry is often a leader.”

Over 500 events are scheduled during the exhibition, notably including the FIPGC World Pastry Making Championships which, this year, in front of a stadium-style crowd, saw Italy claim victory over 20 teams from all over the world, including China (second place) and Japan (third place).

This edition has also obtained the prestigious US Commercial Service certification, issued by the US Department of Commerce exclusively to a small number of international fairs that stand out for their ability to foster real business.

The next edition of HostMilano will be held in fieramilano from 18 to 22 October 2019.