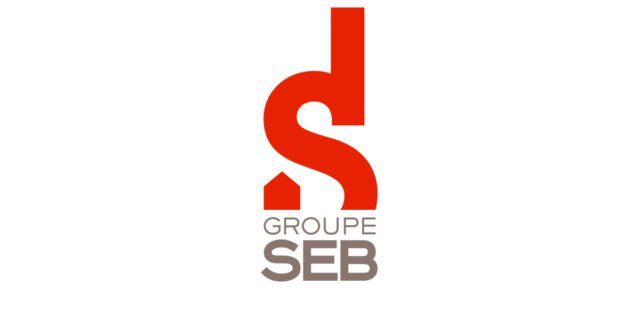 This solid business momentum arises from:

– Consumer sales growing firmly, up 5.2% like-for-like, nurtured by all geographic areas and all product lines
– Professional activity which continued its fast development, up 12.1 % like-for-like, despite demanding 2018 comparatives.

This strong performance has been achieved in an overall complicated and volatile environment. Representing the 6th consecutive year of organic growth above 5%, it reflects the relevance of the Group’s strategy.

Fourth-quarter sales totaled €2,240 million, up 2.5%. Organic growth, of + 0.9%, would reach + 2.3% when adjusted for the positive non-recurring events** in Brazil over the last 3 months of 2018. Sales momentum continued in Eurasia, in China (organic growth exceeding 15%) and in Professional Coffee. However, business at the end of the year finally proved less firm than anticipated in Western Europe, especially in Germany and France.

* Like-for-like: at constant exchange rates and scope of consolidation.
** recognition in revenue of tax receivables

Based on its provisional sales, Groupe SEB indicates that the increase in its reported Operating Result from Activity should be between 6% and 6.5% in 2019.

Furthermore, the total amount of non-recurring expenses should reach approximately 80 M€. It will notably include the provisions for the restructuring of WMF’s Consumer business, previously announced. In addition, the investigations carried out at Groupe SEB Deutschland and mentioned in our financial communication of end-October, were continued and finalized. The findings lead us to extend to previous financial years (mainly 2018) the accounting adjustments related to business practices that derogated from the Group’s principles. The corresponding amount should be close to €20 million.

The Group recorded in 2019 a slight increase in its revenue, stepping-up sales growth in e-commerce, achieving good performances in its Home & Cook retail network and developing WMF’s activity. However, business at the end of the year trended materially down, with disparate situations across countries.

In France, annual sales were stable following a fourth quarter which proved more complicated than expected, despite low 2018 comparatives. In a tense market impacted by the December strikes, business activity was negatively affected by orders or restocking purchases that were postponed by some retailers. The difficulties were focused on SDA – despite the continued success of versatile vacuum cleaners, automatic espresso coffee machines, garment steamers, and Cake Factory – while our cookware sales benefitted from very solid momentum in the fourth quarter, nurtured notably by a loyalty program.

In Germany, 2019 revenue was down, penalized by the adjustment of Groupe SEB Deutschland’s business practices to the Group’s principles. That said, in a tense market, business remained stable thanks to cookware, Optigrill, Cook4me…

In other European countries, the three last months showed contrasted performances: sharp drop in the Netherlands on high comparatives (LP in 2018), despite the strong rise in revenue of vacuum cleaners and automatic espresso machines; flat in Spain, notwithstanding buoyant sales in coffee partnerships and personal care; growth in the United Kingdom as well as in Italy, where the momentum was mainly fueled by linen care and Optigrill. Robust growth in Belgium, thanks to a loyalty program featuring Lagostina cookware.

Groupe Seb in Other Emea Countries

Groupe SEB achieved a very good year in the region, with organic sales growth of 12.4% (+10.7% in the fourth quarter), driven by almost all countries.

Capitalizing on the sharp ramp-up in demand, the Group pursued its vigorous development policy, combining solid product dynamic (new launches, extension of the range), strong partnerships with large key accounts, increased presence in e-commerce as well as the development of Group Retail and WMF. Our progress materialized into further market share gains in Eurasia.

Russia was the most powerful growth engine in the region, fueled by all product categories, leading to strengthened leadership position in small electrical appliances. Simultaneously, dynamic remained outstanding in Central Europe, notably in Poland as well as in Ukraine, where the Group became the leading player in SDA.

In Turkey, in what remains a highly volatile environment, we have been maintaining overall our market positions, primarily by leveraging our successes in cookware (Titanium, Ingenio). Nevertheless, undemanding 2018 comparatives allowed us to post double-digit organic growth in the fourth quarter.

Finally, in the Middle-East, the Group restored growth in Saudi-Arabia after two very tough years and has made further inroads in Egypt.

Rising 2019 sales were bolstered by an overall favorable monetary environment for the three currencies in the region since the beginning of the year. Following decline in fourth quarter sales (down 3.8% LFL), yearly organic growth stands at 2.9% with contrasting situations across the three countries of the area.

In the United States, in a still tough retail environment, business has been almost flat over the year, while down in the fourth quarter, like-for-like. The upswing in revenue in linen care was mainly driven by the enlarged distribution of Rowenta products, initiated in the third quarter. Yet it failed to offset the drop in cookware sales at year-end. However, over the year, in a difficult market, the Group posted satisfactory performances, strengthening its competitive positions in both cookware and linen care. Mention should be made that the signing of an initial trade agreement with China has partly alleviated the increases in customs tariffs implemented since September for cookware and small electrical appliances.

In Canada, as in the United States, the retail and consumption context remained tense throughout the year. Nevertheless, sales have been bolstered by the continuation of a specific deal initiated in the third quarter.

In Mexico, the Group posted record sales in the fourth quarter, nurtured by the core business as well as a loyalty program (cookware and utensils) with one of our key accounts.

As a reminder, the presentation of changes in sales in the region is impacted by the recognition of tax receivables in Brazil, amounting to €32 million in fourth-quarter 2018 and €8 million in third-quarter 2019. Excluding these non-recurring items, organic sales growth in South America would come out at 8.7% in the fourth quarter and 8.3% for the full-year. On a reported basis, sales in the area remain negatively impacted by the continued depreciation of the Brazilian real and the Colombian and Argentinian pesos.

In Brazil, excluding the above-mentioned positive effect, the Group achieved organic growth of almost 5% in the fourth quarter and over 10% year-on-year. Over the three last months, business dynamic was driven by cookware (with a good performance for pressure cookers in particular), and by some electrical appliance families, including oil-less fryers, grills, Dolce Gusto, washing machines, and fans.

In Colombia, the Group ended the year with solid momentum, fueled notably by cookware -thanks to strong marketing activation in points of sales-, fans and the continued roll-out of oil-less fryers.

2019 was characterized by a more moderate Chinese economic growth and the trade war with the United States.

In a context of slower consumption, Supor maintained solid sales momentum against demanding comparatives: on a like-for-like basis, sales rose 12.2% in full-year 2019 and 15.4% in the fourth quarter. Last quarter’s dynamic can be attributed to sustained core business and sell-in ahead of the Chinese New Year (25 January 2020). It helped Supor to continue to outperform the market and reinforce its competitive positions across the vast majority of product lines.

In Asia excluding China, full-year revenue was slightly up like-for-like, yet following a decline in sales in the fourth quarter (down 2.6%, organically).

The Group posted a good year in Japan, with sales in yen progressing solidly. However, as expected, business activity in the fourth quarter slowed due to advance purchases prior to the increase in VAT on October 1. Excluding this effect, performance continued to be driven by flagship products (including cookware, kettles, and garment steamers) and by the continued development of the proprietary store network. At end-2019, following the opening of two new T-Fal stores, the Group had a total of 39 stores in the country.

In South Korea, revenue decreased in 2019 owing to a tough consumer environment, marked by the trade dispute with Japan. The Group nevertheless succeeded in stabilizing sales in the fourth quarter on the back of firm business in cookware, vacuum cleaners, and garment steamers, mainly via e-commerce.

In the other Asian countries, the situation was contrasted: restored growth in Australia was confirmed, although business was heavily penalized by fires in December; ongoing buoyant momentum in Thailand; stepped-up development in Malaysia; mixed performances in Singapore and Hong Kong, and marked sales decrease in Vietnam.

Gruppo Cimbali and UL: live stream video to speed up testing in the Co...

Ryoma expands its presence in the coffee business sector with the acqu...