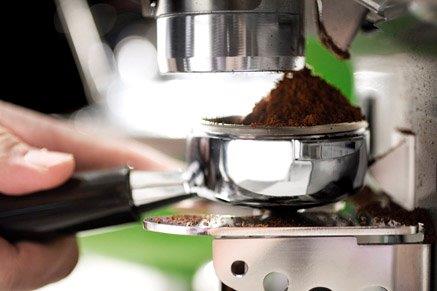 A Porirua (New Zealand) local has taken out the barista championship at an Australasian coffee competition.

Pierce had to win the New Zealand round before heading to Sydney where his coffee-making routine and coffee knowledge were closely scrutinised by a panel of judges while he churned out 12 drinks in the 15 minute time limit.

The 2014 Foodco Barista Championships in Sydney involved 13 finalists – whittled down from more than 300 baristas from Muffin Break and Jamaica Blue in New Zealand and Australia. Pierce says he was pleased to win the award, having put in hours of practice to hone his routine which he says was the secret to winning.

Pierce and his wife Jodi have had their Muffin Break franchise for 10 years and have built up a large base of loyal customers.

The key to that, Mr Pierce says, is ensuring his establishment provides consistently great coffee and working with all his staff each day to ensure they have the right training and coffee knowledge to produce a perfect coffee everytime.

“A lot of small things make a big difference with coffee. You can’t take shortcuts – true coffee drinkers can tell.”

For his efforts Pierce won stock for his shop, free attendance at the franchise conference later this year in the Gold Coast and, of course, the knowledge the Muffin Break Porirua has the best coffee available across the Tasman. He says it’s a great morale booster for his team of 15 staff.

“Kiwis are true coffee lovers and know good coffee. Our franchise prides itself in providing customers with great coffee – it is key to the success of our franchisees.

“The Pierces have built up a great franchise and good coffee is at the heart of that.”