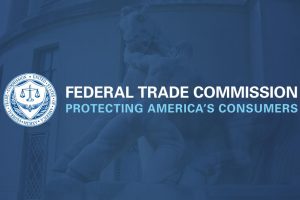 WASHINGTON, U.S. – A federal court granted the Federal Trade Commission’s (FTC)request to temporarily shut down an alleged pyramid scheme known as “Success By Health,” and to freeze the assets of the company and its executives.

In a complaint filed in federal court, the FTC alleges that Success By Health and its executives James “Jay” Dwight Noland, Jr., Lina Noland, Scott A. Harris, and Thomas G. Sacca, Jr., are operating a pyramid scheme that uses false promises of wealth and income to entice thousands of consumers to join. The FTC alleges that the defendants have taken more than $7 million from consumers, and pocketed over $1.3 million for themselves.

The FTC alleges that less than 2 percent of participating consumers received more money from the defendants than they paid to them, and that those lucky few averaged less than $250 per month—a far cry from the defendants’ promises of “financial freedom.” After accounting for the costs of the program, products, and events, enrollees lost millions of dollars, the FTC’s filings allege.

The FTC also alleges that Jay Noland is violating a 2002 court order stemming from a previous FTC case related to another failed pyramid scheme. Shortly before launching Success By Health in 2017, the FTC alleges, Noland told an audience, “People ask what do I do. I said, ‘I build pyramids, man.’”

The FTC alleges that Success By Health’s flagship product is an instant coffee called “MycoCafe” that includes a mushroom that the defendants claim has health benefits. However, the FTC alleges that selling the product to coffee drinkers took a back seat to recruiting more affiliates. Company training materials allegedly show that affiliates were pressured first and foremost to recruit more affiliates. The company’s “Four Steps to Success” pointedly do not include any advice on selling the company’s product, but instead prioritize spending lots of money on products and recruiting others to “duplicate” the same spending and recruiting.

The defendants told affiliates that “the masses” could earn more than $1 million each month in sales commissions, the FTC alleges. However, the marketing materials allegedly failed to disclose that to achieve that level of commissions, an affiliate would have to recruit more than 100,000 affiliates working underneath them, the vast majority of whom would be losing money at any given time.

The complaint alleges that when affiliates did try to sell the product to other consumers, they found themselves in competition with the company itself. Success By Health sells its products directly to the public for the same “wholesale” price paid by affiliates, severely limiting affiliates’ ability to follow the defendants’ instructions to apply a 50 percent “markup” before selling to the public.

The Commission vote authorizing the staff to file the complaint and contempt order was 5-0. The complaint was filed in the U.S. District Court for the District of Arizona.

NOTE: The Commission files a complaint when it has “reason to believe” that the named defendants are violating or are about to violate the law and it appears to the Commission that a proceeding is in the public interest. The case will be decided by the court.

The Federal Trade Commission works to promote competition, and protect and educate consumers. You can learn more about consumer topics and file a consumer complaint online or by calling 1-877-FTC-HELP (382-4357). Like the FTC on Facebook, follow us on Twitter, read our blogs, and subscribe to press releases for the latest FTC news and resources.