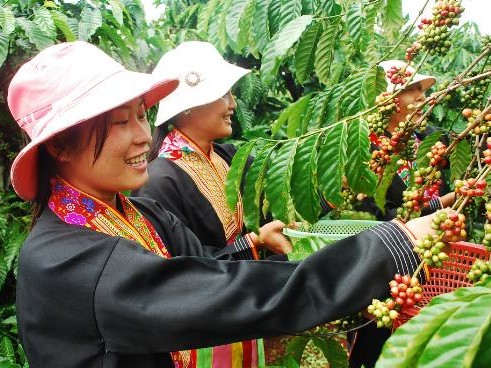 Le Quoc Doanh, deputy minister of Agriculture and Rural Development, said at the opening ceremony that coffee was among Viẹt Nam’s key products, accounting for a large proportion of the country’s exports.

It has contributed significantly to the nation’s poverty alleviation efforts in particular and socio-economic development in general, especially for the people in the Central Highlands, he said.

Pham S, Vice Chairman of Lam Dong Province, where Dà Lạt is located, said that development of the coffee industry has brought thousands of jobs for people in the Central Highlands.

The first Vietnamese Coffee Day was marked with an exhibition and several other activities including workshops to discuss ways to ensure sustainable development of the domestic coffee industry in the future.

Experts have said that despite being the world’s second largest coffee exporter, Vietnamese coffee products are favoured for cheap prices while the product quality is not highly spoken of.

That is because Vietnamese farmers plant, grow and harvest coffee through traditional methods without applying modern, technological procedures and applications.

Organisers gave medals to processing companies and co-operatives that have made great contributions to the domestic coffee industry.

The second Vietnamese Coffee Day will be held in Dak Nong Province in 2018.