GENOA, Italy – That logistics is at the heart of commerce is not a last-minute discovery – many wars, commercial and otherwise, have been won thanks to careful logistical management – however we only remember when a link breaks in the chain: a delay , a wrong programming, a ship that runs aground in Suez, not to mention the pandemic that overwhelms everything and immediately we realize that the risks of having to stop the machines for lack of raw material or not being able to deliver the promised products on sale to customers are concrete.

Thus began the interview with the commercial relations manager of Romani & C. S.p.a. – Federico Traverso-, historical company engaged in the management of colonial products in Italy with high specialization in raw coffee, activities carried out through the headquarters in Genoa-Pozzolo Formigaro and Trieste.

Let’s take a step back: can you tell us about your experience of the last year and a half?

Summarizing in an answer the days we have known, since the advent of the Covid 19 pandemic, seem to be a titanic undertaking, however I feel like stigmatizing a single moment; I have a clear memory of when it all began or at least of when I became aware of it: a weekend in early March 2020, spent in the company trying to understand what would happen on the following Monday morning, with infections and deaths rising every minute in a succession of catastrophic bulletins and news that chased each other, through official and unofficial channels, on the measures that our government would take. Many questions, few certainties, so much fear …

Then tragic days, of suffering, of growing uncertainties about the future that awaited us, many closed at home, with the life we knew completely vanished, we had to get used to new circumstances, limitations, risks, new behaviors to adopt, the activities that they stopped and that silence and desolation in the “day after” cities seen only in movies. However, companies like ours have been able to continue working and this speaks volumes about how much logistics weighs on the fate of countries. To say that it was difficult is limiting but I don’t feel like using more pronounced tones, we talked about heroes when, in those days, we referred to the medical-hospital staff, only to quickly forget them: so I will limit myself to saying that It was really challenging to be able to keep our business alive, to store exorbitant quantities of goods in our warehouses, inventing solutions where it didn’t seem like they could exist and without generating additional costs for those who counted on us: our Customers!

In those days, we faced many challenges: the first theme was the safety of our staff to be combined with the need to give continuity to operations; as it is intuitive, our business does not lend itself to a massive use of agile work and therefore adopting and gradually adapting an effective safety protocol was the first. At the same time, there was to be sheltered the incoming goods that would have remained motionless for an undefined time and it was necessary to do so quickly to avoid the occurrence of additional costs that would be burdened on customers, already in clear difficulty due to the imposed lockdown. Certainly, the recently completed expansion of the spaces in Pozzolo Formigaro helped us to cope with these growing demands, but this was not enough and we had to gear up to face burdens that, as you can well imagine, we could not recover. There were months in which ensuring the operation of the warehouses, in a predominantly fixed-cost structure like ours, required further efforts, but it was necessary to face all this.

Where did you find the resources?

Leaving aside the financial ones so to speak…. self-produced, we Italians – I say this with a bit of healthy national pride – we are, by history and vocation, exceptional in difficulties, in rolling up our sleeves and – I say it as a Genoese – in rebuilding or shoveling mud; here it was this in the company: we acted with a spirit of duty, perseverance and diligence at all levels from the Management to the Board of Directors, of which I have the privilege of being a part, to our consultants and administrative bodies up to each of the departments that make up our company, to which a sincere and heartfelt thanks can only go. 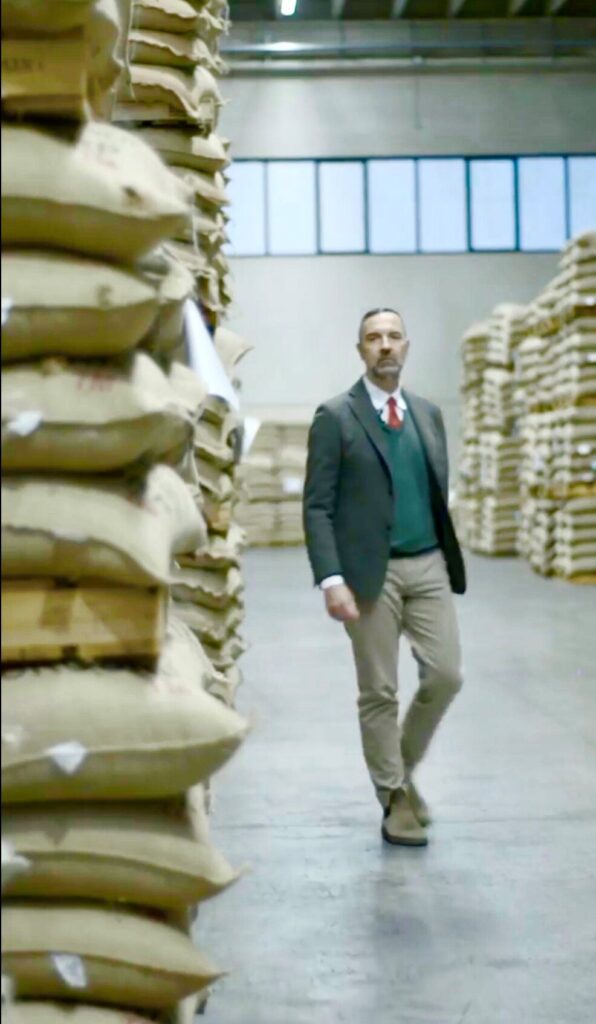 Do you think you can therefore close this period?

Pragmatically I have divided this story into four phases, which will be discussed in the history and economics books that our grandchildren will study, and I think the first has been overcome but we should face the other three.

What are they, in your vision?

Phase two has already begun from some time now: vaccinations, resumption of consumption a gradual return to normal, but we are still lacking certain rules and – as we have learned the hard way – uncertainty does not help. An important government initiative is topical, the hope is that it will prove to be a further push towards normality. I trust it will not take much longer to archive this chapter as well.

The third has also started some time ago but I see it further away from the solution: I would call it the rolling stone. The genesis is the beginning of the pandemic when the major shipping companies have decided to cut the touch of some ports on certain traffic routes or even have completely eliminated trips (blank sailing). There the boulder began to roll: we all noticed the lack of containers, of spaces on board and this motion produced, together with other factors, the increase in sea freight rates which gradually reached unthinkable levels, whose travel seems to not stop. The stone rolls and we find ourselves in September 2021, at the usual reopening of factories, with raw materials that rise to two-three-digit percentages – aluminum, wood, plastic but also coffee – and that are in short supply, increases in electricity, gas and ports that have to face the arrival of ships overflowing with containers, the result of boarding delays and shipping policies. Then other shortcomings and criticalities emerge. The Industry claims its goods, having, in the previous months, drawn on the stocks accumulated previously and having – finally – to return to production to fulfill orders while the Trucking is in serious trouble, lacking means and personnel, the congested ports are struggling to dispose of incoming and outgoing containers, in an all-Italian context – chronic – of important infrastructural inefficiencies, primarily Motorways and Railways.

In this context, delays and significant cost increases immediately materialized which, added to the escalation of sea freight rates, risk bringing the logistical cost to very high levels: for our part, the current challenge is to be able to guarantee services and deal with individual suppliers in the best possible way in an attempt to mitigate the price increases as much as possible, also limiting the risk of additional costs such as port stops and container detention, increasingly probable, having, the shipping companies, also started a reduction in deductibles granted.

And what about the last phase?

Well that’s what I hope to be able to live shortly, with the bull of the economy – let’s hope the Italian one more than the others – that starts running and our businesses and with them the families that make up them that return to pre-Covid levels and they overcome them by generating new wealth and well-being for all …. despite all my nature remains optimistic.