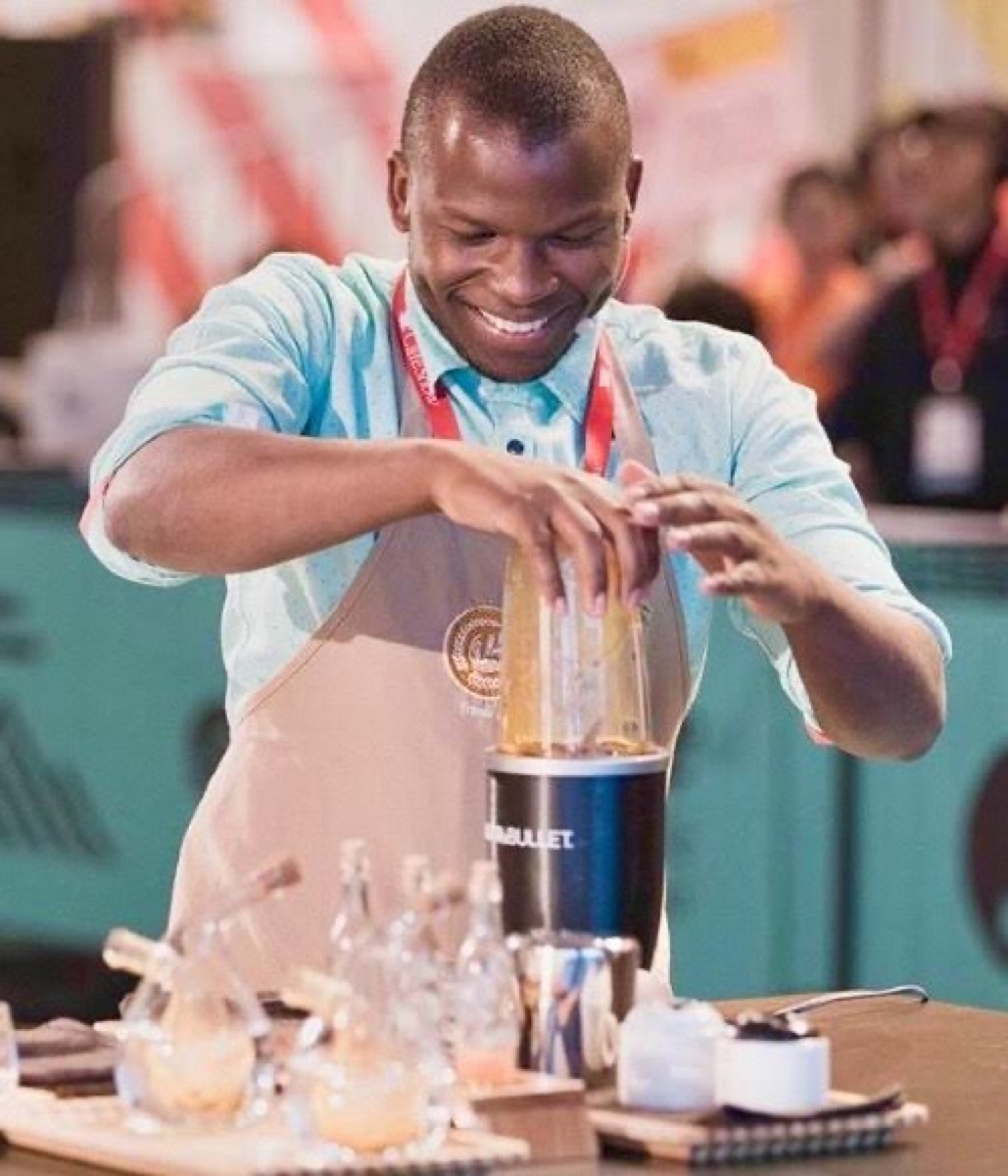 FLORENCE, Italy— Third stage to discover the world of coffee by Ditta Artigianale, which this month presents Muthunzuuni: a variety of excellence from Kenya enhanced by the words of Martin Shabaya, the three-time Kenyan barista champion. The florentine roasting company led by Francesco Sanapo continues the campaign to spread knowledge of the finest varieties, with new proposals and selections of coffee, grown by producers and specialists with whom the team of experts of Ditta Artigianale has built a trusted direct relationship, available on the online store www.dittaartigianale.it and at the cafes in Florence.

The specialty coffee Muthunzuuni is obtained from the botanical variety SL28, one of the most widespread in Kenya, and produced in Machakos in the south-east of Nairobi. At 1720 meters above sea level, there is a cooperative established in 1979 which has 1020 members, each with an average of 1/2 hectare of land. In these areas the coffee is typically processed using a McKinnon disc pulper; the pulp is removed, then left in fermentation tanks for 24 hours and subsequently washed. After having carried out a selection by density, in which the grains floating on the surface of the water are removed, the drying process is carried out by distributing what’s left of the parchment on raised beds, which are constantly moved, for about 14 days, in order to obtain homogeneous drying. 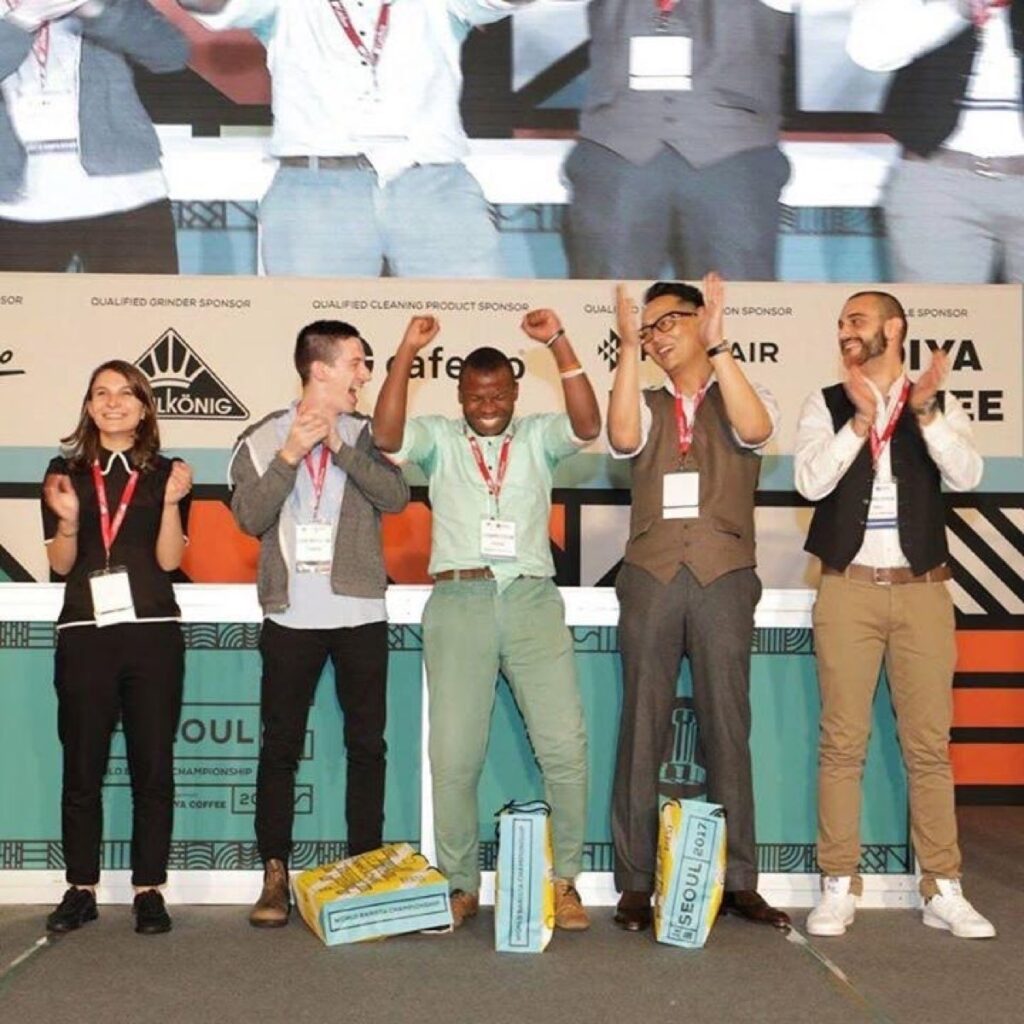 During the World Barista Championship in Seoul in November 2017, he became the first African to reach the semifinals of the competition, thanks also to his vast knowledge of the typical varieties of the territory. Because of that, he was chosen as country ambassador, a testimonial of his country of origin.

“I started my journey in the world of coffee by chance. My first experience as a barista was in Nairobi nine years ago, in a coffee chain: the first time I have been coming across an espresso machine, a real coffee and all the world around. During this time, there were only a handful of cafes like those ones – says Martin. “Thanks to my curiosity I learned a lot, it pushed me to get to know everything I was doing behind the counter until the world of coffee took over my life.”

On the quality of Kenyan coffee Martin Shabaya reveals: 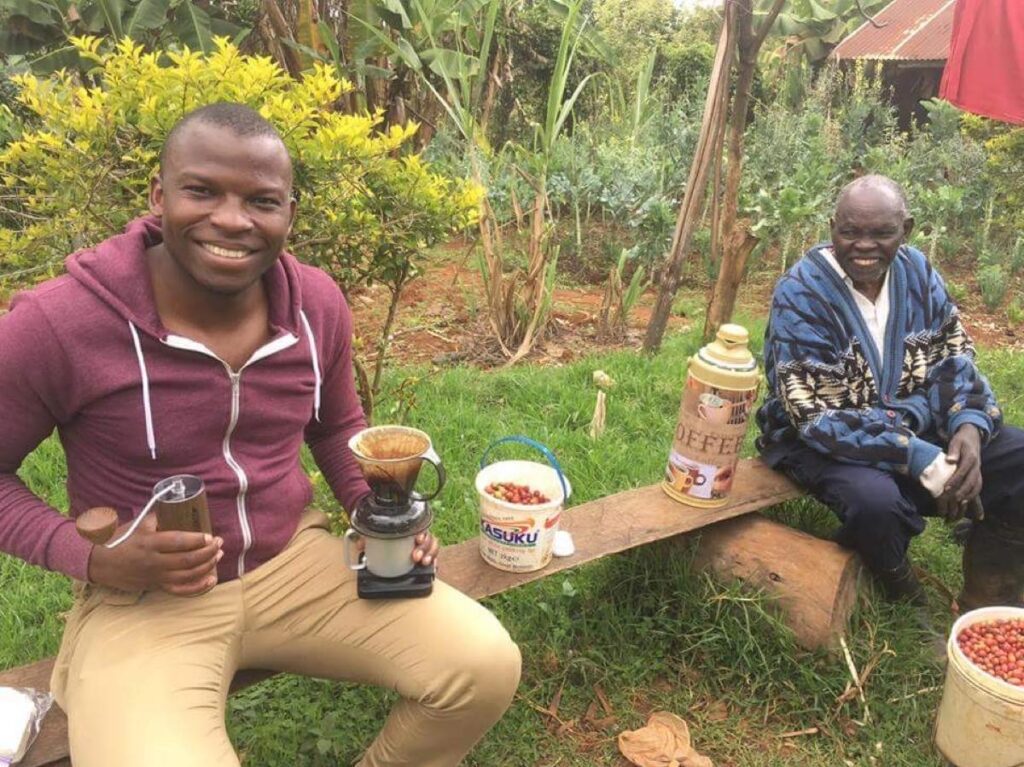 “Kenyan coffee grows at high altitudes, this means Kenyan beans qualify to be strictly high grown (SHG) or strictly high bean (SHB). Volcanic red and acidic soils play an important role in the quality of the cup. The most typical botanical varieties are SL28 and SL34; fans of these specialties all over the world know what to expect and that is why they are highly sought after by consumers and roasters” – says Martin. “The most common production process here is the double fermentation; it’s very similar to washed processing but in this case the coffee is soaked a second time, for a result with a more acidic flavor but clean and fine in the mouth”.

Many women also work in this sector, but they don’t always have the same opportunities as men:

“Women are very present in the field work, in the harvesting and sorting, manual work necessary for the production of coffee. Nevertheless, they are less represented in trade, export and laboratory work; few women own land or businesses” – explains Martin. “There is a SCAA White Paper from 2015 which emphasizes precisely this inequality; in some coffee-producing countries the law restricts a woman’s property rights. Fortunately, things are changing now, there are many workshops to educate more and empower more and more women to come forward and share in the sector”.

Regarding his victories he says: “My first competition was in 2014, where I managed to finish first. When I tried again, I won for three times in a row the title of national champion from 2015 to 2017, the year in which I personally met Francesco Sanapo, after having already heard about him: Ditta Artigianale represents the café of my dreams!”. He continues: “After taking a break to train a friend and passionate bartender, who won in 2018, I returned for the 2020 title I managed to win. I also participated in the Arica bartender challenge three times, winning twice (2016 and 2020) and I was the first African to participate in the WBC semi-finals, via wild card”.

Among the values in which he believes most as a key for success in his work, he includes passion and sharing, without forgetting the importance of studying. On the perception of coffee he said: “It’s important to provide access to knowledge, markets and opportunities to add value and improve education and awareness on climate change mitigation, adaptation and the early warning system. In Kenya in particular, there are complex and costly regulatory hurdles that really discourage those who would like to enter the industry, especially women and young people like me! Something has to be done about it, it should be done quickly”.

On the current situation, give an optimistic look:

“The pandemic has affected everyone in the world at large, but I also consider myself lucky. We have been put on full unpaid leave since June last year, which forced me to pursue my other passion; I do consultancy for a couple of coffee shops and I am integrating with woodwork to support my family”.

Muthunzuuni is available on the online store www.dittaartigianale.it and at the coffee shops in Florence.

It is managed by the award-winning champion barista Francesco Sanapo, who chooses the best blends and single origin in the production countries, directly from the farms. It is also micro-roastery, and the coffees, roasted and served fresh, are also available for purchase on www.dittaartigianale.it