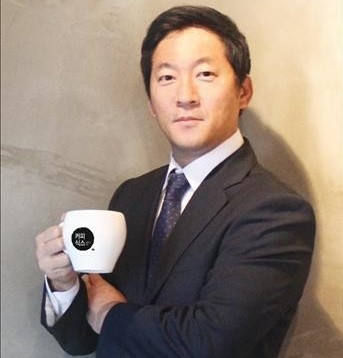 SEOUL, South Korea – Kang Hoon, CEO of the local dessert cafe franchise MangoSix was discovered in a bathroom at his residence in Seocho-dong by an employee on Monday afternoon, according to investigators. He was 49.

Kang was a pioneer in the local coffee franchise industry, as he brought domestic coffee brands to huge success and attempted market entries to other Asian markets by differentiating the concepts and menus from those of Western brands.

The CEO, however, was under great pressure watching his franchise businesses suffer from mounting losses, with investors and employees leaving over unpaid wages.

As of 2015, KH Co., the managing office he launched for MangoSix and other brands, had around 10 billion won of debt ($8.97 million) with an operating deficit of 1 billion won.

The capital of the company was already impaired at the time. He recently filed for court receivership with the legal procedures to start next month.

No suicide note was found, police said. But Kang sent a text message to a friend saying he was to blame for his business failure.

The self-made man’s death sent shockwaves through the industry, with some suggesting the incident has laid bare the dark side of the Korean franchise business backed by conglomerates’ capital and networks.

Having started as a rank-and-file worker at local retail giant Shinsegae, Kang was a member of the task force that first brought Starbucks to South Korea.

Knowing that the coffee business would thrive in South Korea in the late 1990s, he left Shinsegae and launched domestic brand Hollys F&B Co. with friends with the 150 million won he got from his severance package.

The business was a hit, as he secured 40 branches in less than five years. Taking a bigger step, he sold Hollys and took the helm of Caffe Bene as CEO in 2010.

His marketing strategy of hiring Hallyu stars in collaboration with an entertainment agency for Caffe Bene proved successful, at least for a while. The company secured more than 800 branches at one point, while prompting criticism the brand was excessively expanding at the cost of smaller coffee stores. Soon, his decision to shifting focus from coffee to the juice business led his portfolio to decline.

His MangoSix offering juices based on mangoes, which relied on imports, failed to catch on in Korea’s ever-thriving coffee market.