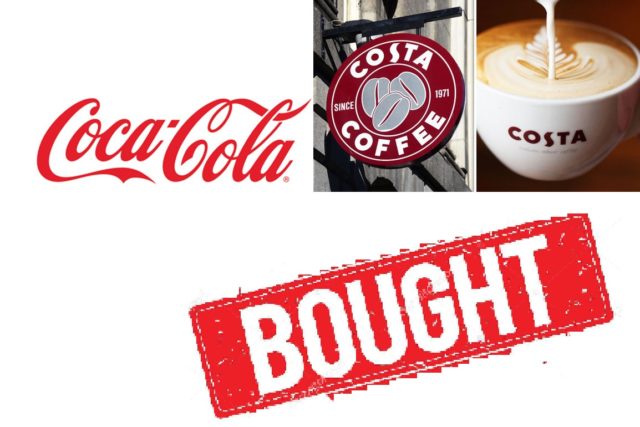 As suggested by a recent analysis by the Wall Street Journal, the Coke’s Costa deal would mark the biggest brand acquisition in the history of Coca-Cola and represents an open attempt to challenge coffee-giant Starbucks Corp – which has more than 27,000 cafes around the globe – on its playground.

Jonathan Davison, Beverage Analyst at GlobalData, a leading data and analytics company, offers his verdict on the breaking news:

“This move will have appealed to Coca-Cola for two reasons. The most apparent is the potential growth of Costa Coffee on an international scale. The chain might be the biggest in the UK, but it lags well behind Starbucks globally. Coca-Cola’s distribution muscle will no doubt help close the gap and boost sales significantly in the long run.

“Of particular value will be the chain’s 449 stores in China, where hot drinks volumes across all channels have more than doubled in the last five years. According to GlobalData, retail sales of hot drinks in China alone will hit US$34.2bn by 2022, creating exciting opportunities for expansion as a retail brand. Global expansion will no doubt start there.

“Another factor at play is the company’s ready-to-drink (RTD) coffee business. This is a sector in which chief rival PepsiCo has already partnered with Starbucks, so this acquisition offers a potential platform to boost Coca-Cola RTD brands such as Honest Coffee.”

Coca-Cola With Coffee to officially hit US supermarket shelves in Janu...