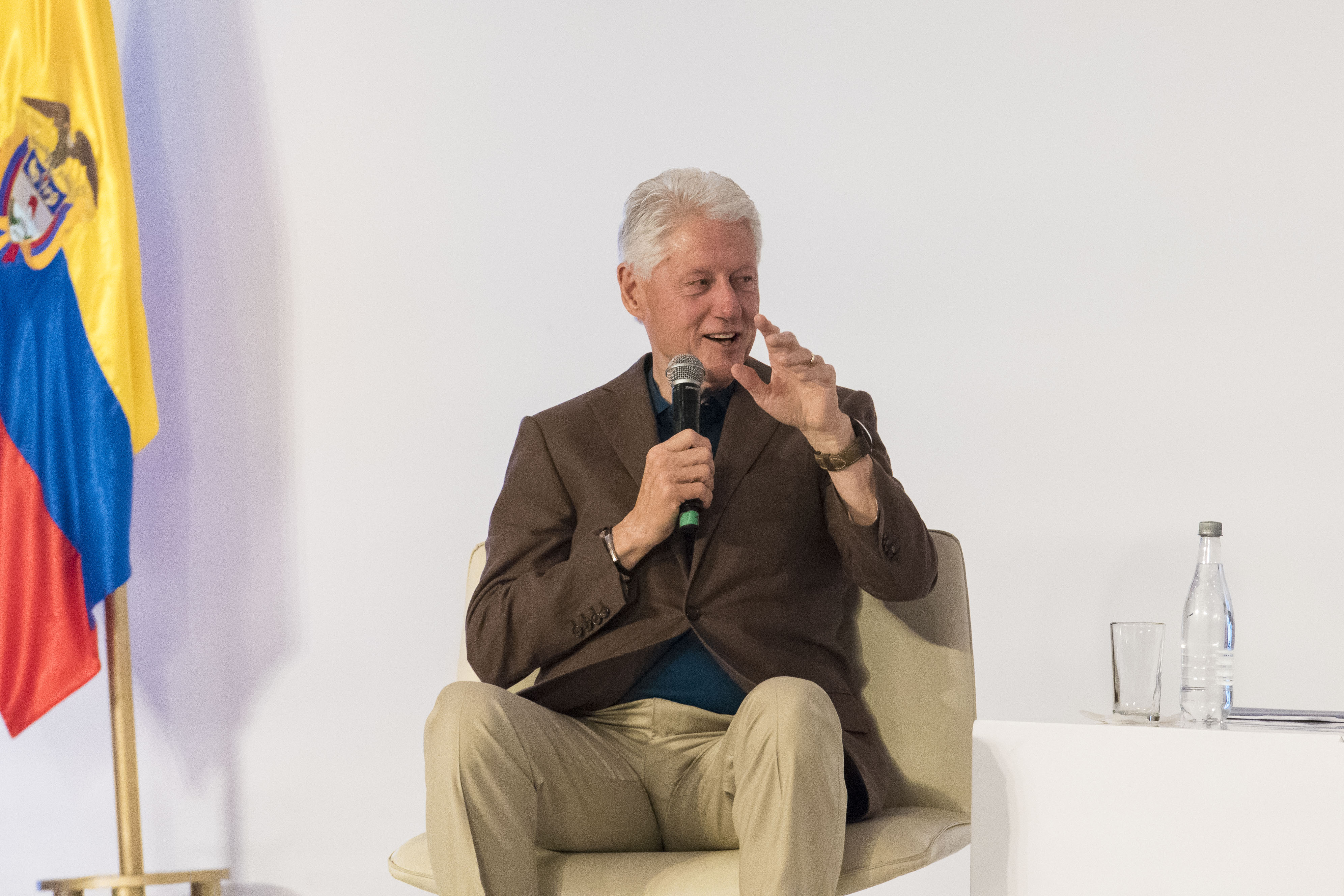 MEDELLIN, Colombia – Former US President Bill Clinton, recognized for his poverty alleviation and rural development efforts, said coffee is an anchor for rural development during his participation in the 1st World Coffee Producers Forum.

Mr. Clinton described coffee as an anchor for stability and a barrier to illicit activities such as drug trafficking.

He advised coffee growers to seek complementary income-generating activities, noting that in countries that are rich in biodiversity, such as Colombia or Brazil, developing ecotourism in coffee regions is a good alternative.

In line with the Forum’s spirit, Clinton highlighted the role that fostering co-responsibility among all players of the coffee chain has in achieving sustainability.

To advance in this issue, he suggested setting an overarching goal and then breaking it down into smaller, more achievable goals.

“That’s precisely why coffee regions show higher well-being than the other rural areas,” he said.