MILAN – Arabica coffee futures closed lower on Wednesday helped by the weakness of the Brazilian currency after a sharp that sent prices to 1-3/4 month high on Tuesday. The main contract for May delivery fell 380 points to close at 118.40 cents. Coffee prices had previously recorded a 4-session streak of gains surging from 109.75 cents on February 27th to 122.20 cents on March 3rd.

This 11% increase in just 4 session represents the best performance among all major commodities tracked by Bloomberg.

Support came from a lack of supply in Brazil at this time and on concern that previous bad growing conditions have hurt production potential in the Cerrado.

Inventories held by Brazilian farmers are also low, while producers in Colombia and Honduras practically sold out after locking in prices in a late-2019 rally.

“Arabica coffee in New York has managed to isolate itself from risky assets liquidation,” said Rodrigo Costa, the U.S.-based director at Comexim. “The strength of the market may also be justified by the differential firmness across all producing countries.”

On the demand side, the spread of the coronavirus to several countries threatens consumption levels at restaurant and cafes, although Starbucks reopened venues across China after widespread closures. On the other hand, drinkers may increase purchases to prepare at home, which generally adds to waste that goes down the drain.

In a bearish factor, Rabobank said on Monday that it expects Brazil’s 2020/21 coffee production to climb +16% y/y to a record 67.5 million bags.

The crop was expected to be made up of a record 49 million bags of Arabica and 18.5 million of conillon (Robusta) coffee.

“The size of the Arabica crop was surprisingly high, given the weather pattern was less than perfect during the second half of 2019,” Rabobank said. The bank said both the amount and size of the cherries on Arabica trees had surpassed expectations.

“Virtually all key Arabica regions are at, or near, record levels, with the notable exception of Cerrado,” Rabobank said noting flowering in Cerrado took place later than other areas. The bank also said they did not see any problems with bean development.

“In principle, a higher-than-expected crop should translate into low prices. But for the time being we see a very tight physical Arabica market in Brazil until the 2020/21 Arabica crop is harvested,” Rabobank said.

The conillon crop of 18.5 million bags was below the previous season’s record 20 million bags. “After record production levels and sun stress see in the last harvest, farmers in Espirito Santo decided to prune more branches than normal. This underpins our lower crop estimates,” the report said. 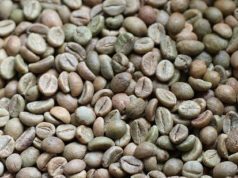